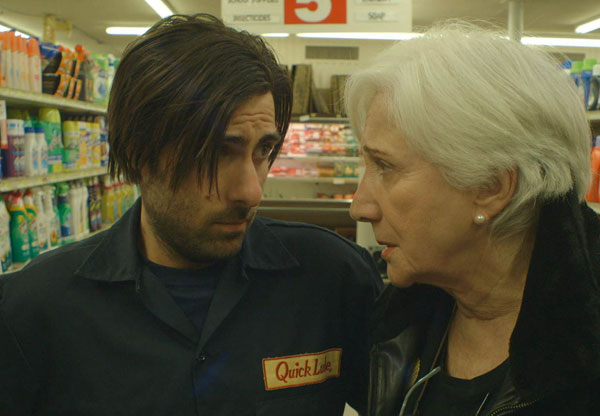 It’s possible while watching the enjoyable slacker comedy 7 Chinese Brothers, which stars Jason Schwartzman, to have the feeling of watching a loose follow-up to Wes Anderson’s 1998 film Rushmore, which also stars Schwartzman appearing in his screen debut as the film’s main character. The resonance is caused by the presence of Schwartzman, rather than being due to any similarity between the character the actor plays in each film or their plots or indistinguishability between the directors (though both Byington and Anderson share a fine ear for accompanying music choices and wry senses of humor). 7 Chinese Brothers is all about Schwartzman’s character Larry and his lack of ambition, as Rushmore is all about Schwartzman’s Max Fischer and his ridiculous teenage drive to achieve. Seventeen years have passed, and Schwartzman seems to have come full circle. Desire has made the heart hollow.

There’s not much story to 7 Chinese Brothers, but the performances of Schwartzman and the other actors, as well as a running time that doesn’t overstay its welcome, make writer/director Byington’s film a sly charmer. And, oh yes, there’s Larry’s dog, Arrow (played by Schwartzman’s real pet, lending the film an additionally personal touch). The dog could steal the whole damn show if he wanted to, but like Larry, he doesn’t want much of anything. In the film’s opening scene, lackadaisical Larry is fired from his job at a Buca di Beppo restaurant for pocketing tips and booze. Larry is perpetually seen swilling tequila from a large Styrofoam cup. He sometimes visits his wealthy grandmother (Dukakis) in a nursing home, where he also purchases discarded pills from his orderly pal Major Norwood (TV on the Radio’s Adebimpe). When Larry brings his old beater of a car to a Quick Lube, he picks up a job vacuuming cars after crushing on the manager, Lupe (Pienta). There are some interactions with other characters, but the primary thing that comes through is Larry’s near-apathetic attitude and sharp wit, which he unleashes whether or not anyone is listening.

With 7 Chinese Brothers, Austin-based filmmaker Bob Byington has made his most accessible film yet. The humor is less arch than in his previous comedies (among them Somebody up There Likes Me, Harmony and Me, and RSO [Registered Sex Offender]), and it’s plentiful and less diffuse than in his earlier works. And even though Austin slackers have become a familiar character subset in modern independent films, Byington and Schwartzman have created a personality who stands out despite himself.

See "Gone to the Dogs," Aug. 28, for our interview with Byington. 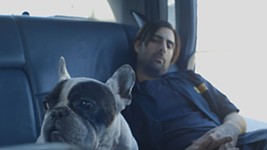 Gone to the Dogs
Bob Byington on his latest Austin comedy, 7 Chinese Brothers 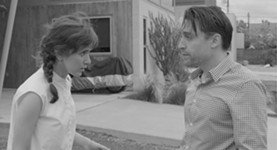 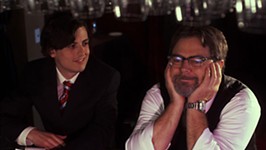 Somebody Up There Likes Me
Bob Byington's filmed-in-Austin, indie comedy takes place over decades as a guy wanders through life with (scene-stealing) coaching from his best friend, played by Nick Offerman.