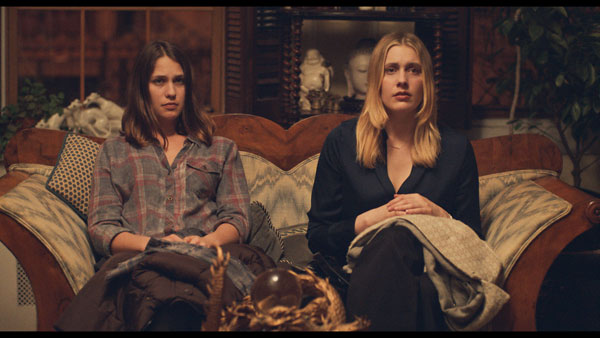 In Noah Baumbach’s second release in one calendar year, following the bitter-tasting olds-against-the-millennials comedy While We’re Young, he and his co-screenwriter/star Greta Gerwig borrow bullet points from Breakfast at Tiffany’s: A naïf writer falls under the spell of a self-invented Manhattan party girl who scrapes by on the largesse of others. Greta Gerwig plays Brooke, the Holly Golightly type, getting a little long in the tooth. In their last collaboration, Frances Ha, Baumbach and Gerwig dreamt up a woman defined by her driftingness; in contrast, Gerwig’s character here is bursting with plans – for an ironic T-shirt line, a TV show, a restaurant-slash-barbershop-slash-community center – but deflates on follow-through. Yet Brooke moves through the world with the confidence of someone who’s certain she’s destined for greatness. She’s her own unreliable narrator.

Brooke is a great character, and Tracy (Kirke), a hopeful writer, is smart to spark to her. A freshman at Barnard College, she aims to gain admittance to a secret, briefcase-toting literary society, in a subplot dressed in the deadpan-bemused tonality tics of Wes Anderson, another sometimes-collaborator of Baumbach’s. When Tracy first meets Brooke – her soon-to-be stepsister, in what appears to be a hasty marriage between Tracy’s divorced mom and Brooke’s widower father – her eyes are wide with the thrill of it all, Brooke’s seemingly charmed, quasi-boho lifestyle. But Tracy’s also a sponge, and a cutthroat. Like every writer, she steals her stories from real life, and she rightly suspects Brooke will make for a hell of a story.

When Gerwig is in the frame, the film has an antic – sometimes frantic – screwball vibe, mellowed only by the terrific, Eighties-slanting synth score by Dean Wareham and Britta Phillips. She can be a bit much, the chaos that corrals around her a bit cartoonish, and the filmmakers are savvy to that fact. This isn’t Brooke’s story, and that’s a good thing. A muse is only as interesting as her impact on the artist – and we glean enough from Tracy’s writing, and from Kirke’s portrayal (age-appropriate immature, but alert and cautiously licking the edge of transgressive) to sense she’s a real talent in the making. Mistress America is maybe Baumbach’s most probing consideration of the writer’s process and development, a continuing point of interest in his filmography, from Kicking and Screaming to The Squid and the Whale and Margot at the Wedding.

“We look like we’re in a song,” Tracy observes in a scenic moment shared with a classmate. It’s a moment in which she plausibly might have been kissed. But she pauses it to reframe real-life experience through the prism of art, something she’ll do again and again – owl-eyed and present, but removed. She’s a born writer.