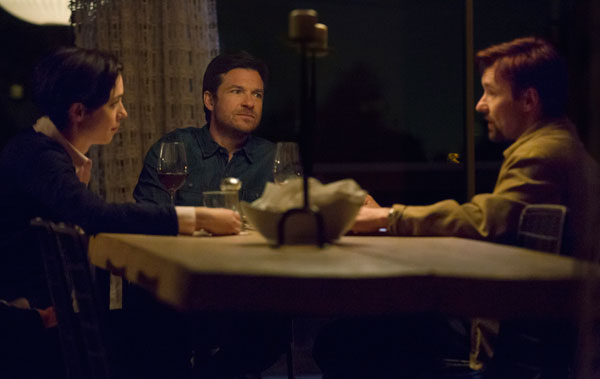 Aussie sibs Nash and Joel Edgerton have been badass cinema staples ever since their profoundly wicked thriller The Square blew everyone’s mind at Austin’s Fantastic Fest 2008. Often dividing multiple credits between themselves – stuntman, writer, actor, director, producer – while serving up a consistently crazy-good selection of short films (check out their nine-minute freak-out “Spider” on YouTube), the brothers Edgerton have slowly but surely made themselves into master-class craftsmen in the service of brooding, white-knuckle suspense films. The Gift is Joel’s feature directorial debut and, not surprisingly, it’s every bit as likely to put a permanent jangle in your nerves as anything the Edgertons have done before. They trade in a very Australian sense of queasy unease, and although The Gift is set in Los Angeles, Joel Edgerton’s script, acting, and direction all lean toward those murky, nihilistic, neo-Ozploitation roots. In a word, that’s fantastic. The Gift, a psychological roller coaster on a doomed track, is one of the best directorial debuts in ages, hands down.

Bateman, playing far against type, is Simon, a corporate security consultant who has just moved to L.A. with his wife Robyn (Hall) after some unpleasantness – a miscarriage, or worse – back in Chicago. With a new house, a new job, and a new beginning in every sense, the couple’s emotional rebound is suddenly warped beyond all recognition or predictability when they meet-awkward with Gordo (Joel Edgerton), a high school acquaintance of Simon’s, while out shopping. This meek, squirrelly man from the past quickly becomes the spouses’ unwanted visitor, one who just won’t go away and slowly transforms into the living embodiment of the hoary maxim “You may be done with the past, but the past isn’t done with you.”

Light years away from his recent turn as Ramses in Exodus: Gods and Kings, Joel Edgerton reveals Gordo’s (and Simon’s) sketchy, damnable backstory in incremental degrees. There’s a wonderfully troubling cat-and-mouse element at play here, but exactly which character is the predator and which is the prey is the question that remains unanswered until you’re already twitching in your seat, anxiously attempting to anticipate the next shock cut and the cathartic burst of nervous laughter that follows it. Mirroring the seeming randomness of the universe, The Gift is borderline sublime in its ability to both confound expectations and fuel nightmares. Well played on all counts, Joel Edgerton. 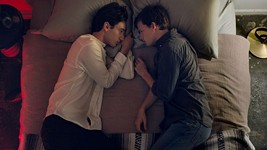