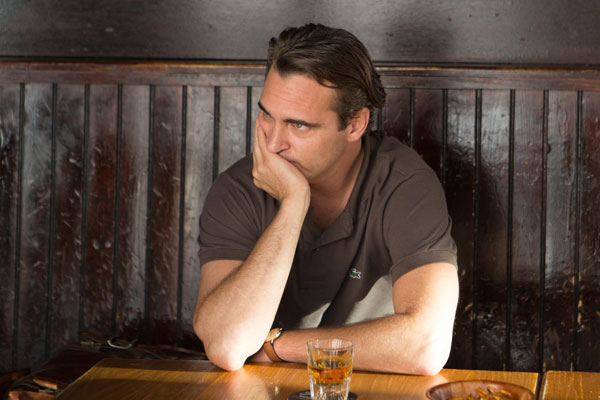 Woody Allen generates films with such rapidity and inconsistency that you can never be certain if this season’s offering will be a hit or a miss. I’m happy to report that Irrational Man is a delight (although, I should note, a good number of film critics disagree with my assessment).

This new film finds Woody Allen working in the mode of Match Point and Crimes and Misdemeanors, previous films he’s made about committing a perfect murder. Like those films, Irrational Man is a drama with comic underpinnings, in which existential ruminations abound. Since the protagonist Abe Lucas (Phoenix) is a college philosophy professor and author, the character’s discussions of Kant and Kierkegaard make contextual sense, rather than seeming like academic asides.

Abe’s reputation precedes his arrival at Braylin, a small college in Rhode Island. A teacher, activist, and betrayed spouse – the legend may be more colorful than the reality. Abe is at an emotional low, unable to find pleasure in his usual pursuits. His appearance is slightly disheveled, his stomach paunch is pronounced, a flask of single malt whiskey is always in his pocket. His writing is blocked, as is his sexual performance. He’s the kind of romantic figure who’s catnip to women who are attracted to lost causes. Two particular women at the college flock to his side. Jill Pollard (Stone) is Abe’s best student, precocious and wide-eyed (literally and figuratively), who becomes his friend and confidant. Rita Richards (Posey, delivering some of the finest work of her career) is an unhappily married science professor who wants Abe to take her away from her current life. Abe drifts through the semester until one day he overhears a conversation at another table in a diner, and what he decides to do as a result changes everything. His subsequent actions restore vigor and purpose to his life.

Joaquin Phoenix serves as an exceptional Woody Allen protagonist, one of the very few who’s managed to forge a unique character rather than mimic the mannerisms and demeanor of the famous filmmaker. Phoenix’s Abe is no Allen manqué, a trap that too many of Allen’s male stars have fallen into. It’s a refreshing shift that enhances the narrative. The soundtrack relies heavily on the Ramsey Lewis Trio’s jaunty instrumental takes on “The ‘In’ Crowd” and “Wade in the Water” to help move the story forward. And the performances by Phoenix, Stone, and Posey anchor Allen’s study in situational ethics in palpable human beings.