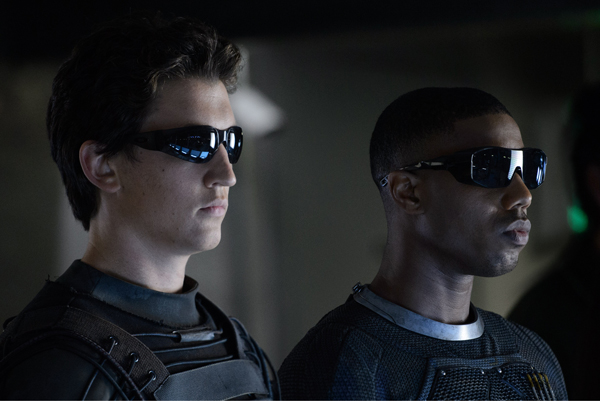 Steer clear, Friends of Ol’ Marvel! The newest iteration of Stan Lee and Joltin’ Jack Kirby’s classic superheroes plays like some misguided cross between an Eighties Afterschool Special and a failed WB tween-heartthrob outing sans the emotional depth. This is the third attempt to bring Marvel Comics’ gamma-irradiated foursome to cinematic fruition and it’s even worse than its predecessors. Considering that the first try was an epic fail, but laughably entertaining, that was exec-produced by no less than Roger Corman and his New Horizons Pictures, that’s saying a lot. But don’t blame Marvel; Fox still owns the rights to these wretched orphan characters, and this film can’t escape a made-for-TV feeling. (The whole thing would have benefited greatly from the unheralded arrival of a “sharknado.”) Luckily, I managed to catch a screening of The Fantastic Four on the Alamo Drafthouse’s monthly “Baby Day” so my groans and sudden outbursts of melancholy laughter were muffled by legions of squalling infants. “Excelsior!?” Not even close.

As Dr. Reed Richards, Teller (Whiplash) heads a uniformly miscast production that starts strong and then proceeds to go way, way downhill. Along with his friends and/or co-workers Sue Storm (Mara), Johnny Storm (Jordan), Ben Grimm (Bell), and frenemy Victor von Doom (Kebbell), Richards invents a device capable of teleporting living subjects into what appears to be another dimension. Short version: They get drunk and decide they’ll be the inhabitants of Planet Zero. Chaos ensues, von Doom is left behind, and the so-called Fantastic Four are born. I’d have rather watched Jeff Goldblum get drunk and do essentially the same thing, with vastly more intriguing results, in David Cronenberg’s The Fly.

Stuffed to its interdimensional gills with some of the worst CGI since the early days of computer-graphics imaging, and saddled with a hoary, terribly-written script (courtesy of Trank, Jeremy Slater, and Simon Kinberg) that seems penned not for the kid in all of us, but specifically for generic “kids” who, presumably, are too young to get Marvel Studios’ more dramatic and tragic thematics, the resulting film is just plain dumb. Not only that, it’s palpably boring, stretching itself unfantastically when it could have been easily trimmed by a solid 30 minutes. Even the newly-born Dr. Doom (late of Latveria) looks plastic and cheap in his post-teleportation cloak of vengeance. Doom schmoom. Fox will be doing itself a favor when it finally returns this property to Marvel Studios where it so obviously belongs. 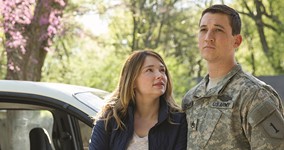