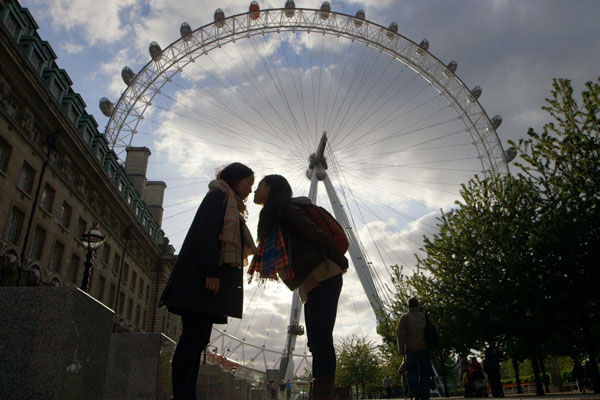 Snicker all you want at the selfie generation, but without its digital trail of YouTube videos, Facebook messages, emoji-studded texts, and reverse-camera confessionals, the documentary Twinsters would be a very different movie. In fact, there might be no reason for a movie at all.

Here’s roughly the sequence of events: A guy in Europe stumbles onto a comic short uploaded to YouTube. He’s struck by how closely the actress, the pint-sized American Samantha Futerman, resembles his friend, Anaïs Bordier, a French woman going to design school in London. He forwards the video to Anaïs, who’s startled by the resemblance, too. With a little Internet digging, she discovers uncanny convergences in her and Futerman’s backgrounds. She decides to send her doppelgänger a message on Facebook. Crucially, this is when Futerman turns her iPhone on – starts taping, starts talking. Chalk it up to a millennial’s second nature – but don’t discount her savviness. Maybe she already knew then she had the makings of a movie. (Futerman is credited as co-director, along with Ryan Miyamoto.) Who can say? The film isn’t transparent about when the camera crew toting professional gear was brought on. But Futerman’s first instinct – and the resulting first-person, real-time immediacy – is the making of the movie.

The women begin corresponding electronically and comparing notes. Both were adopted from Korea as infants. Their birth certificates bear the same birth date. They start Skyping and discover they have the same nostrils, the same trilling giggle. They wonder if the inconceivable might be manifest – that every kid’s fantasy of finding a long-lost twin could actually be coming true.

The premise is pure “News of the Weird,” but ultimately that’s not what makes Twinsters such a sensational film. There is, yes, the boon of so much smartphone footage and Twitter screen-grabs, and the subtle argument they make for the artistic potential in these lived-in-media lives. It’s an argument made all the more eloquent by editor Jeff Consiglio’s assemblage – he won a Special Jury Award at the film’s premiere at the 2015 South by Southwest Film Festival – and the score by Mark De Gli Antoni and Martin Molin, which incorporates not just elements of the women’s shared and separate cultures, but the clacking of the keys that first brought them together, these identical but very different women. (As we come to discover, Futerman is a cut-up and a bopping blast of charisma; Bordier, whose adoption experience was much different, is more contained, more melancholy.)

Even more extraordinary than the concept or its conceptualization is how intensely moving an experience it all amounts to. I’ve seen Twinsters twice now, and both times caught a lump in my throat early that never went away, despite the filmmakers’ deceptively light touch with heavy material. We watch as a secret, long-distance language blooms between the two women. When they finally meet and swallow their nerves, they hold hands. To witness the deepening of their bond – it’s as bated-breath joyous to behold as a toddler taking her first steps.