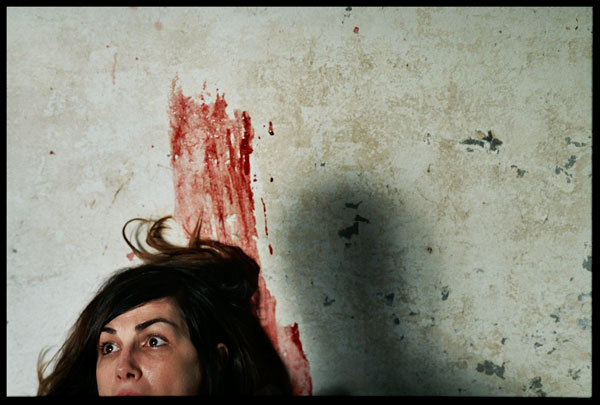 Love and death, obsessive jealousy, and the futility of playing the long con when neither larcenous party is relatively rational to begin with all collide spectacularly, sometimes poetically, but always graphically in this Belgian riff on director Leonard Kastle’s 1969 film The Honeymoon Killers (itself based on the Lonely Hearts Killers’ real-life crime spree in Forties America). Welz’s vision is many shades darker than Kastle’s, though. Tellingly, the film won four major awards at Austin-based Fantastic Fest 2014, including Best Picture, Best Director, Best Actress, and Best Actor.

Alleluia mixes pitch-black psychological horror with even darker strains of humor; watching this film is often an exercise in wondering whether you should be chuckling or choking on your popcorn. There’s gore aplenty, but it’s our two warped protagonists that carry the film from a seemingly innocuous beginning to a finale that rivals Henry: Portrait of a Serial Killer for sheer skin-crawling creepiness.

Pedro Almodóvar regular Lola Dueñas is Gloria, a lonely, Belgian single mother who is goaded by a friend into signing up for an online dating service. There she meets and then rendezvouses with Michel (Lucas, of Welz’s exceptional Calvaire), a shoe salesman who ends up spending the night. There’s something off-kilter in Michel’s body language and verbal tone, but then Gloria herself seems to exist in a bizarre world all her own. Their first date has less of a meet-cute vibe than that of a preternaturally poisonous collision/collusion between a pair of psychopathic misfits. As it turns out, Michel isn’t a shoe salesman at all, but a Lothario-cum-con artist who seeks out lonely women and then seduces them, before taking them for all he can get.

Gloria falls for Michel hard, maniacally even. So the pair take it on the road, with Gloria posing as Michel’s sister to assist him in his quest to dominate emotionally wounded women, and defraud them of whatever riches – cash, cars, jewelry, hope – he can before moving on to his next conquest. Michel’s seduction routines and ensuing sexual encounters don’t sit well with Gloria at all, and in an ebon-black running gag she keeps bursting in on his nocturnal trysts and making a mess – a bloody, bloody mess of things.

Director Welz routinely bends the obvious tropes of psychological horror into new and unexpected directions. Gloria and Michel’s power struggles slowly take on a surreal, almost religious feel, and the whole dominant vs. submissive theme gets a wonderfully tangled workout. Perhaps what’s most remarkable about Alleluia is Manuel Dacosse’s visually compelling cinematography, which is so studied and dangerously beautiful that the movie often feels less like a traditional piece of filmmaking and more like a bad dream that just keeps lingering. Dacosse (The Strange Color of Your Body’s Tears) shoots through what appear to be filthy filters or into foggy windows clotted with mold stains, crafting some of the most edgy, unsettling imagery you’ll likely ever see.

Dueñas and Lucas give knockout performances as two twisted souls seemingly locked in a match to the death to determine who is the madder one. I’ll call it a tie, and I’ll also say Alleluia is a grotesque masterpiece. L’amour fou, indeed. 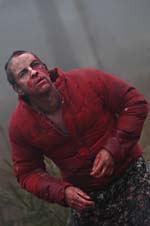 Calvaire
Belgian horror romp Calvaire is so dead-set on being disturbing that it ends up tripping over its own hobbled feet and evoking fewer gasps than curdled little giggles. 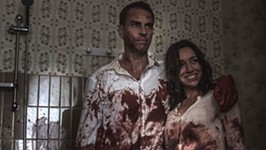