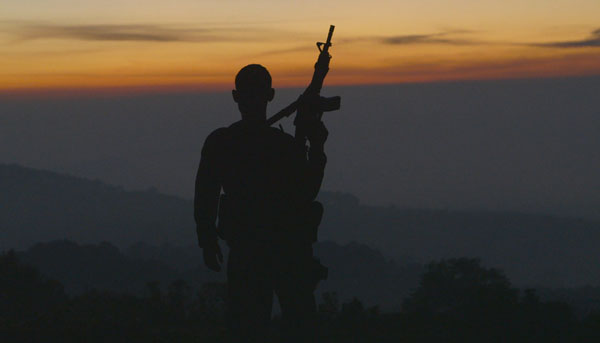 Vigilante groups fighting the Mexican crime cartels are the subject of this harrowing documentary. Filmmaker Matthew Heineman embedded himself with groups on both the U.S. and Mexican sides of the border, a dangerous endeavor that creates an immediacy and effectively conveys the protagonists’ sense of desperation. Shooting in a run-and-gun style with additional camerawork by Matt Porwoll, Heineman earns major props for his courage under fire while also capturing striking and indelible images. The film attracted The Hurt Locker’s Kathryn Bigelow as an executive producer, and when Cartel Land premiered at Sundance this year, Heineman was acknowledged with an award for Best Documentary Direction and a Special Jury Award for Cinematography.

In the Altar Valley of Arizona near the Mexican border, Tim "Nailer" Foley, an American veteran, heads a paramilitary group called Arizona Border Recon. The group’s initial aim is to stop the drugs from Mexico’s cartels from seeping into the U.S. With experience, they also begin to see that the cartels are also smuggling human beings as well as drugs across the border. Meanwhile, in the Mexican state of Michoacán, Dr. José Manuel Mireles, a small-town physician, heads up the Autodefensa, a citizen resistance to the violent Knights Templar drug cartel that has terrorized the region for years. Foley and Mireles are both charismatic and effective leaders, and even viewers morally opposed to vigilante justice will find themselves heavily swayed by their arguments. Autodefensa has elements of a populist uprising, and the grisly sights of such things as heads of decapitated victims lined up like ducks in a shooting gallery or a woman’s story about the barbarous murder of a little child cannot help but win sympathy for their argument for self-defense – especially when the Mexican government is, at best, ineffective when it comes to protecting its citizens. Yet a daring concluding sequence shot out in the woods where the drugs are being cooked gives little hope of anything ever changing.

If only Cartel Land were as rigorous in its thinking as it is in its filmmaking methods, the film might strike an even deeper blow than it presently does. Too few questions are asked about the wisdom of vigilantism and its efficacy. Heineman seems so wrapped up in the details of capturing his furtive images that he neglects explaining what makes them so compelling. It’s not that I dislike the opportunity for viewers to piece things together for themselves, but it seems as though Heineman is sometimes missing the point of what he just risked his life to capture. 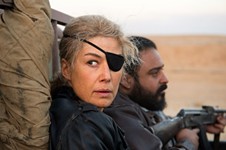 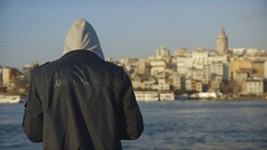