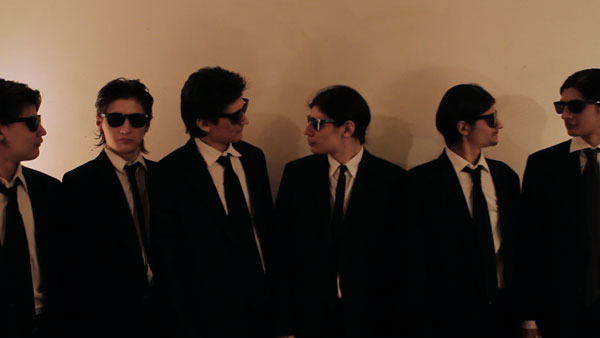 It’s best to leave behind any preconceptions you may have regarding nature vs. nurture before watching this almost painfully intimate documentary. By the end of Moselle’s thought-provoking, very culturally meta movie, you’re more likely to be mentally chewing over the nature of film vs. reality. The wolfpack of the title refers to the Angulo brothers, a sextet of siblings who have been raised by their parents in near-permanent isolation within the stark, grimy confines of a public housing apartment on New York’s Lower East Side. Home-schooled and kept apart from the teeming city outside their small apartment’s windows, they’ve instead bonded together in a shared love of the movies via VHS tapes and DVDs. Quentin Tarantino’s Reservoir Dogs is one of their most beloved films, and they’re seen here endlessly re-enacting the film shot-for-shot, word-for-word, while wielding prop guns made of Scotch tape and deconstructed cereal boxes. To a one, the brothers seem impossibly normal given their bizarre circumstances. They’re rarely seen unsmiling, if not laughing out loud. They could be any kids (ranging in age from 11 to 18 years old) but their collective life story is so abnormal as to be pitiable. Imagine growing up in New York City but actually knowing the metropolis and the world at large only through what you’ve seen in The Dark Knight and The Godfather. “Unusual” doesn’t even begin to describe it.

Moselle, whose previous film documented the life and similarly odd living area of eccentric Warhol superstar Taylor Mead, shoots fly-on-the-wall style, intercutting footage of the extremely personable, wildly imaginative Angulo brothers (and their one developmentally delayed older sister) with interviews with their conflicted mother and shamanistic, abusive, Peruvian father. All the children have been named after Hindu deities: Eldest sib Bhagavad seems to have the most issues with breaking out of this strictly enforced, microcosmic household, while 11-year-old Jagadisa comes across as a sweet, as-yet-untroubled child.

Shot over the course of more than four years, The Wolfpack begs as many questions as it answers. Is this child abuse? If so, the Angulo brothers seem to have grown up at peace with it. Then again, they didn’t have any other choice. What they obviously did have, in abundance, was a shared love of the movies and, by extension, the crazy world outside their own tiny dwelling. Moselle’s film refuses to pity them. That’s left up to the audience, if it so chooses. By the time this harmless but possibly harmed pack of pups is seen approaching the Atlantic Ocean at Coney Island for the very first time – “Look at that, there’s people all over the beach,” one brother nervously mutters – it’s clear that there are second acts, and more, in American lives, even ones so borderline freakish as the ones presented here. 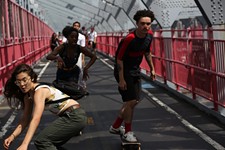 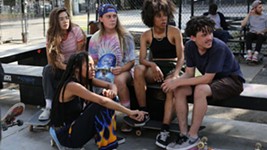