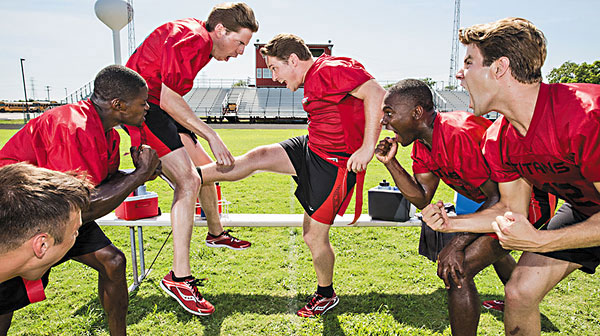 The jokes fly in the college intramural football comedy Balls Out like a fourth-down Hail Mary thrown deep toward the end zone: unpredictable, risky, and just a little desperate. But when they hit their marks – and make no mistake, the number of completed passes here is high – they score big laughs in the most unconventionally funny, weirdly absurd movie of the year, cleverly scripted by UT alumnus Bradley Jackson and adeptly directed by relative newcomer Andrew Disney. Filmed in Austin during the summer of 2013 on a wing and a prayer, this dick flick about a motley crew of amateur gridiron players who defy the odds purposely steals from every underdog sports movie from The Bad News Bears to Rocky to Hoosiers to Dodgeball and back, with its tongue firmly in one type of cheek or the other (take your pick). As the crusty coach tragically paralyzed from the testicles down in a game four years ago, a whacked-out Kocher (channeling Burgess Meredith on acid) bombastically outlines the dictates of the genre in all its cliched glory in a voice borrowed from Marge Simpson’s sisters. “This isn’t about winning,” he growls from his mist-enshrouded wheelchair. “It’s about winning at the last minute.” Think of him as one part Vince Lombardi and one part Dr. Strangelove.

Kocher’s inspired performance is one of many in the aptly named Balls Out, the little movie that could. Many of the cast are plucked from the rank and file of Saturday Night Live. McKinnon’s spoiled-rich coed provides one hysterical (in more than one sense of the word) outburst after another; it’s as if she inhaled a deep gulp of laughing gas before each of her scenes. Bennett’s appropriately named bad guy, Dick, is a ball-busting preppy whose constant state of agitation perks up the movie on more than one occasion. (It’s hard to believe this is the same actor who calmly sits at the little kids' table in those AT&T commercials.) Rutherford’s scrawny outsider with the Seventies porn-star mustache (a character hilariously describes him as “a young, skinny Burt Reynolds”) is a hoot, a well-meaning but socially awkward guy whose idea of a scrimmage-line diversion is to drop trou and yell in his underwear. And as the fey goth street magician/end receiver with a taste for the theatrical, McElhaney is flat-out strange – very strange – and wonderfully so. Indeed, no actor plays second-string in this parade of comic oddities.

The glue that holds this madness together, however, is Lacy’s performance as Caleb, the fifth-year college student uneasily about to embark on matrimony and attend law school, who sees intramural football as his last hurrah. Lacy has played the straight man in the TV series The Office and Girls, as well as in last year’s Obvious Child, but he’s not simply a comic foil upon which to bounce off jokes. He’s got a sly, sneaky sense of humor underneath those prom-king good looks and bod. You can’t tell a book by this cover. Any actor who’s willing to crap on a ceiling in a movie – yes, you heard that right – is a book worth reading for those who like their summer comedy shaggy and crazy.

For an interview with the filmmakers of 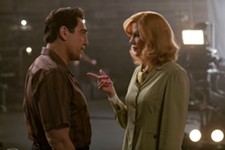 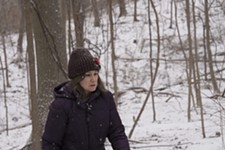