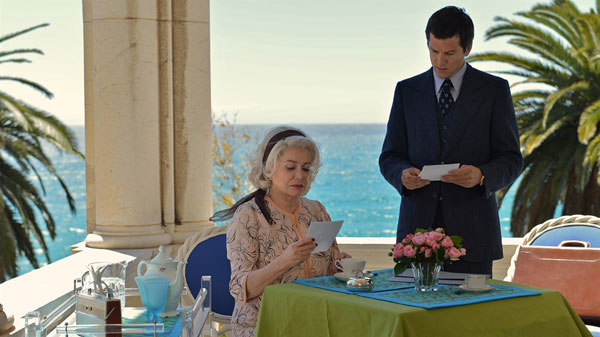 In the Name of My Daughter

The opening credits of this French import declare that In the Name of My Daughter is a “fiction based on real events,” a common narrative strategy in this era of amorphous truths. Based on the Affaire Le Roux, which rocked France in the late Seventies and continued through the next three decades, the film will not provide similar touchstones for North American viewers. Additionally, the casino wars that dominated the French Riviera gambling establishments of the time will also be distant news to viewers on these shores. Yet even without the shared Gallic reference points, a more sharply drawn narrative would certainly pique the interest of a broader range of viewers.

Agnès (Haenel) is the daughter of Renée Le Roux (Deneuve), the owner of the Palais de la Méditerranée casino, outside of Nice on the French Riviera. The Le Roux casino is struggling financially and is facing a hostile takeover by a rival casino owner, something Madame Le Roux fights tooth and nail. Perhaps her devotion to the Palais comes at some cost to her devotion to her daughter, who has a seat on the board of directors and has come into some sizable stakes of her own through the help of her mother’s lawyer, Maurice Agnelet (Canet), who is angling for a larger participatory role in the organization. An admitted Lothario, Maurice enters into a sexual relationship with Agnès, whose divorce from her husband he is handling. As time passes, he also arranges for Agnès to come into some wealth that’s financed by the Palais’ adversary – and of course Maurice and Agnès become joint signatories on the account. Emotions deepen and Agnès grows more frustrated with Maurice’s other dalliances. Then, nothing: Agnès disappears. Maurice stands trial for murder, but without a corpse it’s difficult to prove and he’s therefore acquitted. Despite moving to Panama, two more trials commence over the next 35 years, and he was convicted of the crime in 2014, despite no body ever having been found.

Unfortunately, the film is as bloodless as its purported crime. In the Name of My Daughter is presented dispassionately, and the performances neither intrigue nor captivate. None of the characters are terribly sympathetic, not even the young woman whose fate is unknown. Téchiné, who co-wrote the screenplay based on Renée Le Roux’s book, has made films throughout his career that highlight unstable romantic relationships (Rendez-vous, Wild Reeds), but he can’t seem to find the pulse in this one. A missing-person movie becomes just a missing movie. 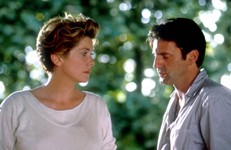