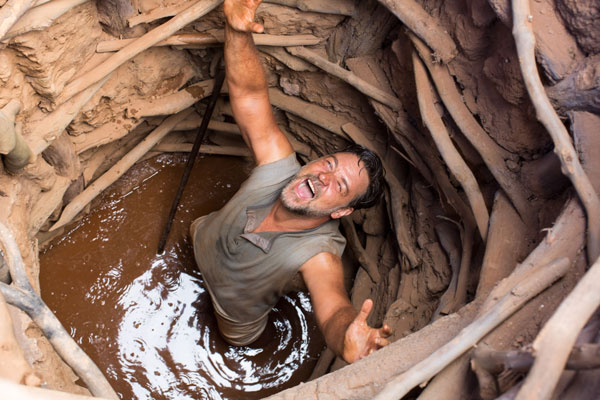 Russell Crowe directs his first narrative feature and it turns out to be a sprawling historical epic (“inspired by actual events”) that involves multiple continents, 17 million dead, the Battle of Gallipoli, forbidden love, brothers (literally) in arms, and Turkish nationalists vs. Greek invaders. No wonder the film leaves you feeling as though you’ve watched a movie thrice its running time. Crowe, the director, knows what he wants … and what he wants, apparently, is everything. It’s too much.

Crowe, the actor, acquits himself admirably as Australian farmer Joshua Connor whose ability to divine subterranean rivers below the arid outback countryside, where he and his wife Eliza (McKenzie) live. Four years earlier, the couple’s three teenage sons left home to fight in Australia’s infamous Gallipoli campaign and never returned; Eliza is crumbling under the grief, and Joshua, hardbitten and stoic, is helpless to comfort her. After her suicide, he vows to travel to the Ottoman Empire and the charred forests of the Dardanelles to divine the location of his children’s bones, if, indeed, they are all actually dead. His one-man crusade runs afoul of every imaginable roadblock, not least of which is the British Army’s Bureau of Body Collection and Identification (the first of its kind in modern warfare). Then there’s Turkish Major Hasan (Erdogan), who is now cooperating with the Brits, but is a legendary and ruthless tactician who was likely the force behind the demise of Connor's boys. As if that weren’t enough, Connor checks into a Turkish hotel (“Clean sheet, hot water, no Germans”) run by Ayshe (Kurylenko), who has lost her husband to the war. Initially hostile to this man whom she considers “the enemy,” Crowe’s direction telegraphs the faint possibility of a romance somewhere down the line, as Ayshe’s little boy (the somewhat-too-adorable Georgiades) takes an almost immediate shine to Connor, a solemn but friendly father figure if ever there was one.

The film is at its best when Crowe’s cameraman Andrew Lesnie is given free rein to capture the sweeping, truly epic vistas of rural Australia and the brilliant beauty of the Dardanelles coastline. But all that breathtaking cinematography is bogged down in a plot that seems to have no end; Crowe and writers Andrew Knight and Andrew Anastasios detour from the main story at every turn. By the end of the film, you’re as dizzy as the whirling dervishes Connor keeps seeing in his dreams. A far more profound and moving film about this particularly Aussie/Kiwi campaign (and one that will probably never be topped) is Peter Weir’s devastating Gallipoli, starring a very young Mel Gibson. Given the choice, I’ll take that over Crowe’s earnest bombast any day. 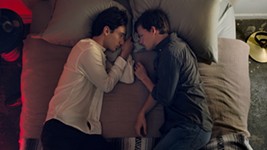