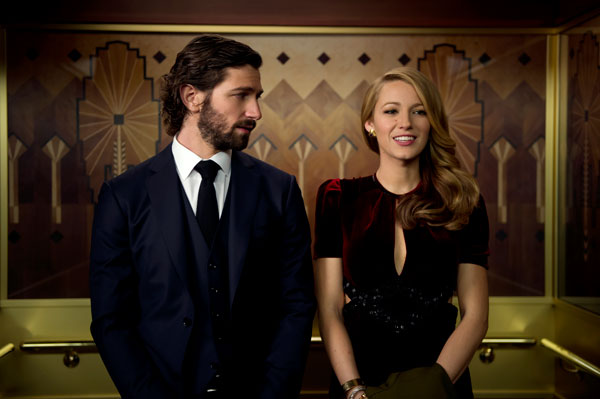 The Age of Adaline

Many of us like to think that true love is timeless, but the notion is rarely flipped on its head. If you couldn’t age, would you still be willing to watch your loved ones grow old and wither away over and over again? That’s only part of the dilemma facing Adaline Bowman (Lively) as she comes to experience no ravages of time in The Age of Adaline.

Born in 1908, Adaline lives a normal enough life until a freak accident causes her to die, come back, and henceforth remain ageless in appearance. (The phenomenon is coyly explained by way of its eventual scientific discovery in the year 2035.) Once it becomes all too apparent that Adaline’s daughter could pass for her own sister, the conflicted matriarch opts to become a career fugitive, establishing a routine of renewing her identity and general emotional detachment every decade.

It’s a curious case of seeing Lively’s undeniably gorgeous features treated as a far-fetched burden, as Adaline blends into any era while retaining the lingering lilt of the Roaring Twenties whenever she speaks. Her active avoidance of having photographs taken echoes the unwelcome invasion of paparazzi culture on those real-world beauties among us. However, Adaline’s careful tactics can only serve her so well in the face of Ellis (Huisman), the kind of well-meaning, well-off San Francisco stud capable of winning over this particularly peculiar commitment-phobe.

On the surface, Age is a low-stakes, high-concept romance, gifted with warm cinematography and lush period trappings. Assisted in no small part by Hugh Ross’ droll narration, director Lee Toland Krieger (Celeste and Jesse Forever) maintains a nimble grasp on the story’s sense of magic realism. Furthermore, what elevates this love story above recent Sparksian competition is its canny awareness of both the weight of time passing us all by and the difference between that and Adaline entirely sitting out life as something of a defense mechanism.

Lively’s performance grows more engaging as her facade finally begins to crack, and Huisman serves as a sufficiently handsome foil throughout, but if anyone rises to the occasion, it’s Harrison Ford as a former flame reunited with Adaline through a perverse twist of fate. Recently given to autopilot growling, Ford taps into remarkable vulnerability here and helps provide some much-needed third-act conflict to an otherwise gently wandering melodrama. Leave it to Indiana Jones to ultimately put into perspective the value of mileage over years. 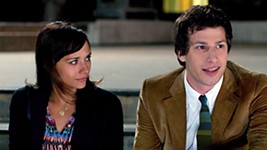 Celeste & Jesse Forever
This romantic comedy starring Rashida Jones and Andy Samberg is far funnier than you’d expect a film about a tortuous split to be – and more deft.