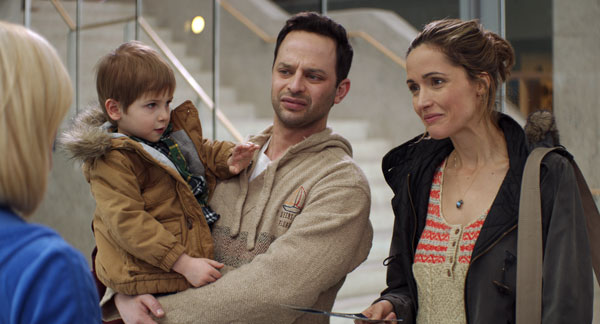 “Going backward makes some people nauseous,” warns a particularly on-the-nose ticket taker in the opening minutes of Adult Beginners. Alas, backward is where Jake (Kroll) must go after sinking all of his money and then some into a gaudy Google Glass knockoff that collapses before it even hits the market, which drives him out of New York City and back into the childhood home currently occupied by sister Justine (Byrne) and her family.

Anyone expecting The League-level raunchiness from a film starring Kroll and Jason Mantzoukas and co-produced by Mark Duplass (all former stars of the show) should tamp down those expectations, as Beginners fits all too tidily into a familiar subgenre of fest-approved “reluctant homecoming” dramedies (seemingly spawned by the success of 2004’s Garden State). There’s nothing wrong with Kroll attempting to stretch his more serious chops – truth be told, no one here delivers a bad performance – but with an ensemble that includes the likes of Joel McHale, Jane Krakowski, Mike Birbiglia, and Bobby Moynihan, the fairly tame result brings to mind the similarly underwhelming Our Idiot Brother.

Will Jake learn how to be a more selfless person by caring for Justine’s 3-year-old son (twins Caleb and Matthew Paddock) after an initial rash of what-do-I-do hijinks? Might Justine get shaken from her suburban stupor before it undermines her marriage to Danny (Cannavale)? The story is littered with simplistic character arcs, obvious metaphors (the title comes from a swimming class), and big decisions involving the importance of work over family. Even with Kroll and Byrne’s convincing sibling chemistry, and a handful of chuckles scattered throughout, there’s never any doubt on the audience’s part to rival that felt by the characters in their own lives. 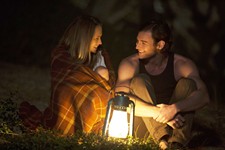