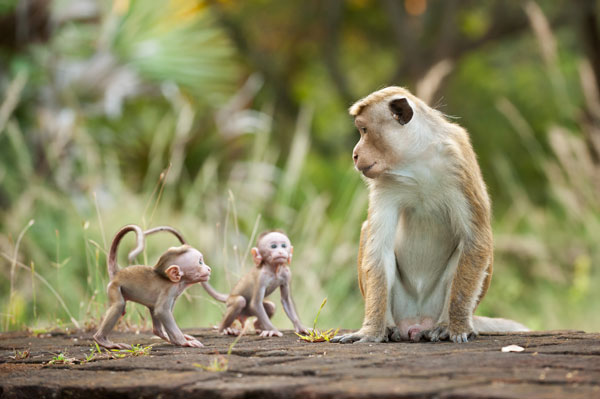 Disneynature’s latest foray into the real-wild world puts the Marx Brothers’ Monkey Business to shame in terms of endearingly comic toque macaque antics and motherly love. Longtime wildlife filmmakers Linfield and Fothergill take us into a colony of our Darwinian, distant relatives that reside amid a pile of deep-jungle ruins in Polonnaruwa, Sri Lanka. Let the cuteness and anthropomorphic overload wash over you and blow the dust off your more homo-sapient qualities, and you’ll find yourself marveling not just at the filmmakers’ utterly remarkable (and, during a shoot that took two and a half years, exceedingly patient) camerawork and storytelling abilities, but also how “human” these little furballs can seem.

Probably the most difficult job of any nature filmmaker is the generation of a coherent plot from what is, essentially, a bunch of nonhuman nonactors behaving in remarkably humanlike ways. And it’s here that the filmmakers excel, crafting an exciting, hilarious, and just plain insanely watchable narrative around toque macaque mama Maya and her newborn Kip. Stuck at the bottom of the hierarchy of the macques that live among the ruins (alpha male Raja is at the top), Maya is forced to scavenge food from the jungle floor while jerkwad Raja and his harem cavort high in the treetops and atop various ancient stone heads of Buddha. Class war, anyone?

Maya’s troop is eventually overrun by an invading group of roving macaque maniacs, which forces the resourceful mother-and-child team to use their jungle smarts to save their fellows from obliteration. It’s probably not much of a spoiler to say that tuft-headed Maya eventually finds her way to the top of her troop.

The filmmakers know what makes a visually stunning shot, and one sequence of the macaques flipping out and feasting on a slo-mo flight of airborne termites in the wake of a drenching monsoon is surreal and sublime in equal measure. All in all, this is one of Disneynature’s best in-country outings so far, so much so that you’re very likely to leave the theatre feeling downright giddy and more connected to the world than before. Hey, hey, it’s the monkeys that rule this particular spot on the Earth, and watching them monkey around is a G-rated trip and a half. And with Tina Fey’s enthusiastic narration, you might even learn something, too. 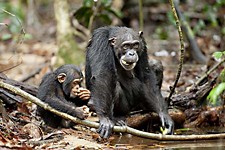 Chimpanzee
The Planet Earth filmmakers turn their cameras on an orphaned chimp. Earth
This nature film is derived from the Planet Earth miniseries and is edited with an eye toward the kid-friendly audience.