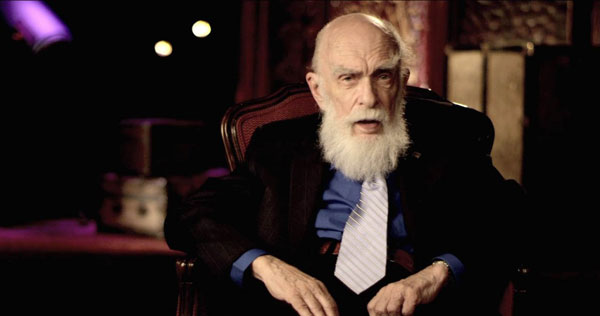 “It’s okay to fool people, as long as you’re doing that to teach them a lesson to better their knowledge of how the real world works.” That’s the wise and humanistic credo of James “The Amazing” Randi, the famed prestidigitator, illusionist, escape artist, and skeptic-turned-exposer of faith-healing charlatans. If you’re from a certain generation, you’ve probably encountered Randi plenty of times on The Tonight Show Starring Johnny Carson, where he was a frequent guest.

As this superb documentary points out, the elfin Randi was a frequent guest on nearly every American and Canadian talk show in the Seventies and Eighties. At that time, he was busily sparring with purported Israeli psychokinetic goofball Uri Geller, whose claim to fame was bending spoons with his mysterioso mentalist powers. Watching An Honest Liar reminds you that, indeed, there really is a sucker born every minute. Randi and other great, occasionally eccentric truth-seekers like him – I’d include theoretical physicist Richard Feynman, Bill Nye, and Carl Sagan among them – used their intellects and proficiencies for the benefit of humanity. Not that it appears to have done the world all that much good, but Randi was a born liar who parlayed his skill for fooling the hell out of people into exposing other born liars who set out to bilk the poor and con the faithful, like evangelistic faith healer Peter Popoff. That’s just a small part of Randi’s personal journey, all of which is captured juicily in Measom and Weinstein’s entertaining and enlightening doc.

At the heart of the film is a spoiler that won’t be revealed here, although it’s common knowledge and easily accessible online. And, frankly, it’s something of a minor note in a symphony of criminally good deeds on Randi’s part. Interviews with Penn & Teller, Bill Nye, Mythbusters’ Adam Savage, and Alice Cooper are interspersed throughout the film alongside archival television appearances by Randi, Geller, and Mark Shafer (the deputy director of the McDonnell Laboratory for Psychical Research back when the New Age movement was just gaining ground). Even Stanford was researching so-called psychic phenomena at the time. (The U.S. Department of Defense’s investigations along similar lines are revealed in Jon Ronson’s book The Men Who Stare at Goats, which was made into a movie in 2009.)

The 86-year-old Randi comes across as quick-witted as ever in the film; he still travels the globe foiling fakes, frauds, and great pretenders. The $1,000,000 Paranormal Challenge that he founded via the James Randi Educational Foundation – anyone who can provide proof of psychic powers that stand up to the scientific method – remains unchallenged. This should be proof enough in these sadly unenlightened and highly suggestible times that mankind may be awash in more con men and faith-based swindlers than ever, but precious few are bold enough to step forward into the light of reason, even for a million bucks. Bravo, Mr. Randi. 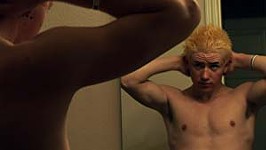