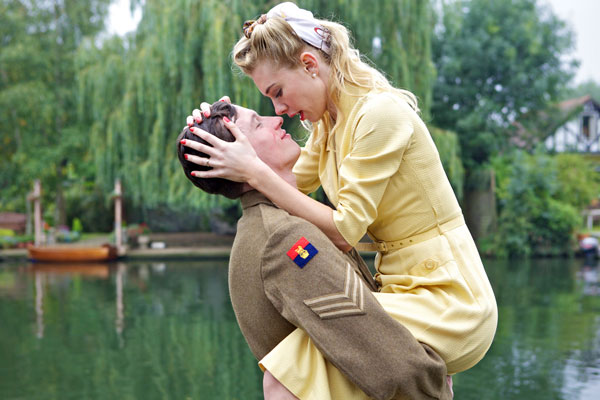 In the Academy Award-nominated Hope and Glory (1987), John Boorman filmed the London Blitz from the excitable (and autobiographical) lens of a 10-year-old boy, pop-eyed at the action. Here, he returns to the same character, his sensitive alter ego Bill Rohan, to put down for posterity his two-year conscription into the army in the early Fifties. During basic training, Bill (Turner) bonds with another guy who’s mad about movies, Percy (Jones, a native Texan, though you’d never guess it). They become best mates, if a study in contrasts, too: Bill is a fence-sitter and a bit of a dreamer, while Percy, a ginger who flushes pink when he’s embarrassed or enraged, is jovially unhinged.

Boorman has said in interviews that the film hews closely to the way it happened in real life, which may explain the stiffness and herniated high-spiritedness of the camp scenes. I wasn’t especially amused by the anecdotal plot, though I could easily imagine being charmed at the dinner table by a grandfather’s account of the time the regiment clock was stolen, the time the commanding officer made his men eat spicy curry. And Bill’s obsession with an apparition-like beauty (Egerton) he dubs Ophelia falls uninspiringly in line with the nice-guy-meets-damaged-girl narrative that seems to run through every heterosexual male coming-of-age story.

But when the action shifts to Bill’s childhood home – an islet along the Thames, downriver from the legendary Shepperton Studios – some of the magic of that place rubs off on Boorman’s picture: It becomes lighter on its feet, moves with the breath of life and not just the strength of memory. It’s the right tone to tee off the film’s third act, which turns darker and more explicitly confronts the title’s two sacred cows, both of which were in a period of transition and tumult. 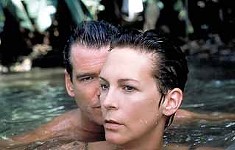