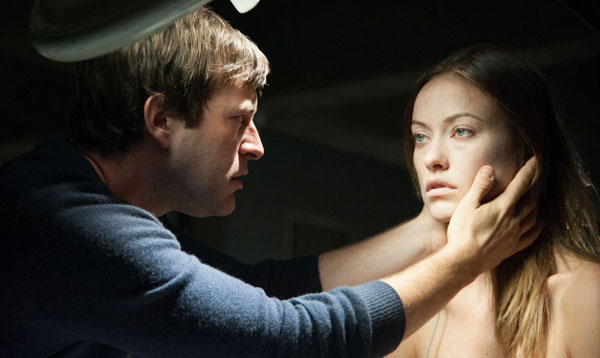 For the past two centuries, Mary Shelley’s Frankenstein has cast a rightfully long shadow over all other cautionary tales about the perils of playing God. On the plus side, we have her novel to thank for Michael Crichton’s entire oeuvre. Considerably less remarkable is The Lazarus Effect, a Frankensteinian combination of Flatliners, Carrie, and just about any possession flick that comes to mind.

Our crew of intrepid, attractive med students are led by the long-engaged Frank (Duplass) and Zoe (Wilde), who have set aside their wedding vows in the initial pursuit of a serum that could prolong life in coma patients and, as it turns out, restore life to the recently deceased. Along with Clay (Peters), Niko (Glover), and Eva (Bolger), these two aren’t about to let an abrupt corporate takeover interfere with their research, and once Zoe takes a fatal shock at the controls, Frank decides it’s high time to move ahead with human trials.

Stepping far afield of 2012’s acclaimed Jiro Dreams of Sushi, director David Gelb spends much of the film’s first half establishing a number of competing agendas – the dilemma of faith vs. science, the threat of corporate espionage, the still-smoldering remnants of a romance between Niko and Zoe – only for them to go entirely abandoned in the face of Zoe’s subsequent transformation into a telekinetic she-devil eager to pick off her colleagues one by one with PG-13-worthy restraint. With the characters now confined to their lighting-averse lab (in keeping with Blumhouse’s business model of churning out low-budget, location-limited genre offerings), Lazarus settles into a ho-hum slasher groove, offering up with Pavlovian regularity epileptic freak-outs and shadowy figures.

An above-average cast for this kind of jolt-heavy fare tries to bring some welcome emotional dimension to the proceedings, but they can only do so much with dialogue heavily steeped in either medical jargon, metaphysical nonsense, or futile pleas for mercy. The hope for anything remotely surprising or suspenseful dies a bit more with each new power outage, and despite a climax heavy on digitally enhanced mayhem, the film never earns a more honest creep-out than Wilde’s otherworldly allure warping on a dime as accusations begin to fly. If only for that fleeting moment, it actually finds a pulse. 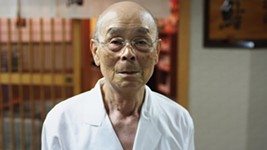