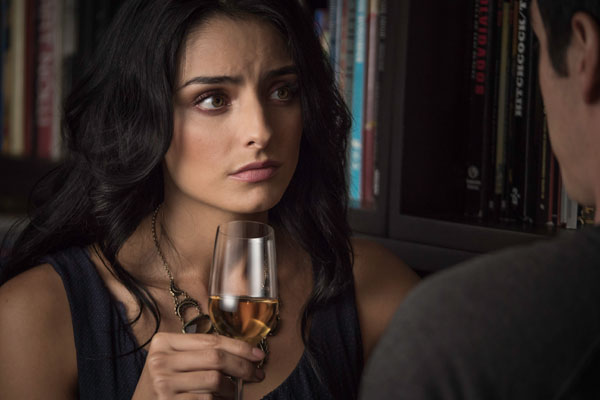 In 2013, Pedro Pablo Ibarra directed the wildly popular Spanish-language romantic comedy Pulling Strings, so it’s little surprise that this Mexican director’s follow-up film is another romantic comedy. A la Mala is another contemporary confection with a polished technical sheen and it features a fine central performance by Aislinn Derbez as Mala. The story, however, is thoroughly predictable, and despite an original setup, the movie never rouses the emotions.

Mala is a beautiful yet struggling young actress, who makes her rent money by flirting with other women’s boyfriends to test the men’s faithfulness. Hired by the women (whose bottom-line assumption is that all men are creeps), Mala grows in reputation as word of her valuable services spread. No man proves immune to her ploys, and her acting skills get practical experience with each passing seduction. (Where the struggling actress’ extensive wardrobe comes from is a question the movie never addresses.) Then Mala is faced with an agonizing choice: the promise of a career-making role if she will aggravate the producer’s ex-boyfriend Santiago (Ochmann) by goading him to fall in love with her and then dropping him cold. Everything is fine until, of course, Mala falls in love with Santiago. What’s a poor career girl to do?

A la Mala coasts on its style and charm, and that may be enough for this kind of romp. Mala’s roommates Kika (Aurora) and Pablo (Arrieta) provide enjoyable interludes as something of a Greek chorus to Mala’s dilemma. Nevertheless, a bit more originality in the script by Issa López and Ari Rosen would be a welcome diversion. 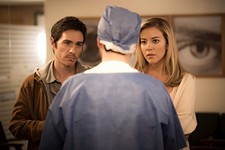