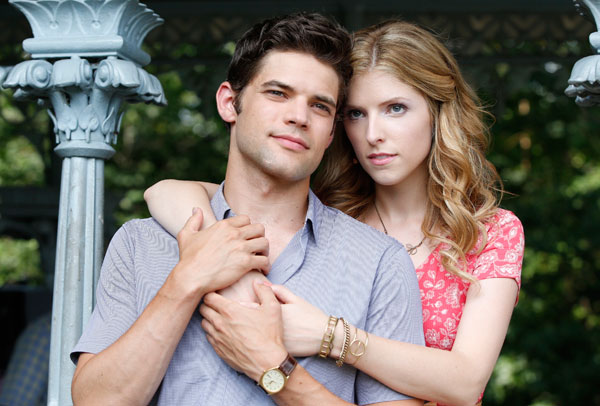 The Last Five Years is a film about a loving relationship between a man and a woman that starts beautifully but ends badly. Conversely, it is also a story about a love affair that ends badly but starts beautifully. That’s the double-edged structure this movie inherits from its musical-theatre roots as an entirely sung, off-Broadway play by the Tony Award-winning composer and lyricist Jason Robert Brown. The project has been adapted for the screen and directed by Richard LaGravenese, the multi-nominated screenwriter of The Fisher King, The Bridges of Madison County, and Behind the Candelabra, who in recent years has also started directing (Beautiful Creatures, A Decade Under the Influence).

Onstage, the show features only a man and a woman, Jamie and Cathy, who sing their stories and perspectives on their courtship, marriage, and separation directly to the audience, rather than each other. Jamie tells his tale in chronological order, while Cathy begins her saga at the ending and moves backward toward the beginning. The couple only appears together once at the middle of the performance at the point at which they decide to marry. LaGravenese keeps the characters’ reverse trajectories, and although he opens up the imagery to occasionally have them onscreen together, each never interferes with the other’s recollections. Cinematographer Steven Meizler proves to be a great asset in this regard, gliding the camera through and around events in a fluid manner that keeps possibilities open and predetermination out. The story is more than a simple account of the ways in which two people can drift apart over time. It’s also a tale about inequality of career satisfaction. Jamie’s first novel is picked up for publication by Random House and becomes a literary lion while still in his early 20s. Cathy struggles with her minimally successful acting career, stuck in an endless cycle of auditions and performances in an Ohio summer-stock company.

Anna Kendrick is the movie’s real marvel. A Broadway baby before establishing herself in film roles, her work in Pitch Perfect, Into the Woods, and The Last Five Years demonstrates that the position of queen of the movie musical is hers for the taking. She scores as both actress and singer, always bringing a calm and maturity to her delivery. And let’s face it, Brown’s contemporary score is eccentric and “talky” enough to make Stephen Sondheim fans sing off-key.

Making the film version of The Last Five Years was clearly a labor of love for all involved. For audience members unfamiliar with the material, attention spans may wax and wane. The story is really rather prosaic and character details are fairly nonexistent. Yet LaGravenese should be commended for his vision and tenacity, which has helped to create a piece that should be catnip to fans of the modern musical theatre – and in these post-Glee days, who isn’t? 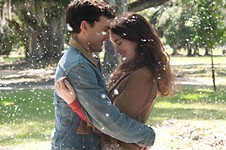 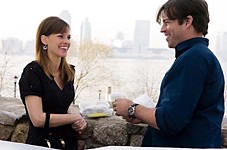 P.S. I Love You
Academy Award-winner Hilary Swank needs to call her agent before getting involved in any more romantic codswallop like this.