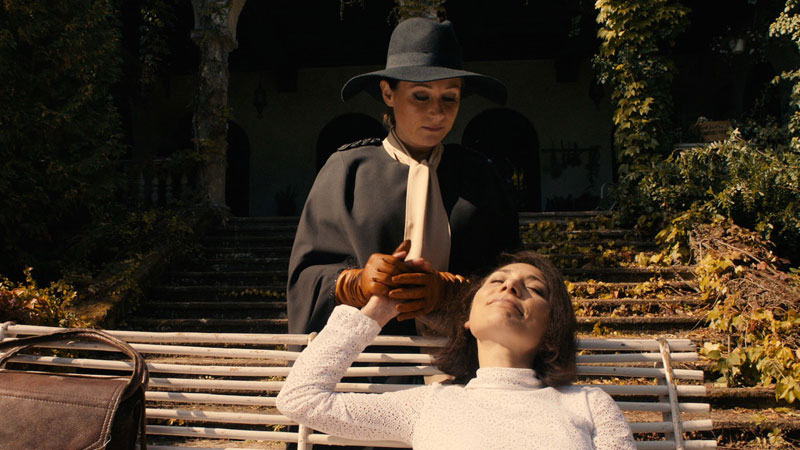 The Duke of Burgundy

Human relationships are by nature unpredictable, anarchic, and subject to all sorts of cracks, frays, rendings, and endings. So too, it turns out, are the romantic foibles of those who would corset their emotions (thereby freeing them) in bondage and domination role-playing. The Duke of Burgundy plays around with roles, all right, often beautifully so, but it also contains echoes of the traditional romantic comedy. Secretary this isn’t, however. The third feature from UK director Strickland hearkens back to the glory days of Eurosleaze sexploitation cinema of Jess Franco and Jean Rollin. It even features the Belgian actress Monica Swinn, a regular in both auteurs’ companies. As an homage, it’s visually and thematically gratifying, and on its own merits it’s scarily effective as well.

Set in an unnamed country estate sometime in the past (or possibly an elaborate, fantasy re-creation of the past, we’re never quite certain), Strickland’s film is a character study of mistress-and-servant lesbian role-playing. Knudsen is Cynthia, the stern and headmistress-like employer of the younger “maidservant” Evelyn (D’Anna). Dominant Cynthia and submissive Evelyn while away the hours in perfect harmony, or so it at first appears. When not having her boots or her bum polished by Evelyn, Cynthia attends entomological lectures and adds to her lepidopterist’s collection. It doesn’t take a Freud to discern the similarity between the pinned yet fragile stasis of all those moths and butterflies in their airtight display cases and the relationship of Cynthia and Evelyn. Evelyn yearns to be sealed up within a coffin-like box beneath Cynthia’s bed, even as Cynthia’s stringent self-discipline shows signs of cracking at the seams (not unlike the dreaded runs in her pantyhose.) The pair even work from a set of tightly scripted cards, reminding themselves exactly what to say, do, and be. The question hanging in the air is: Who is really the dom and who is the sub?

Strickland’s previous feature, the excellent psychological study Berberian Sound Studio, also mined niche territory. That film used the audiovisual tropes, specifically the auditory ones, of Italian horror films of the Seventies and Eighties to create a remarkable portrait of a solitary sound engineer coming unglued. The Duke of Burgundy doubles down on the genre conventions and ends up being all the better for it. That’s thanks in large part to the score by the UK group Cat’s Eye, the two flawless lead performances, and cinematographer Nicholas D. Knowland’s keen eye for creating a more-than-acceptable simulacrum of Franco and Rolin’s hallucinatory, dreamlike vibes. Unlike those two directors, Strickland gets away with it all sans explicit sex or even much nudity. After all, everyone knows it’s better to leave a little something to the imagination. 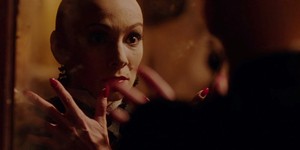