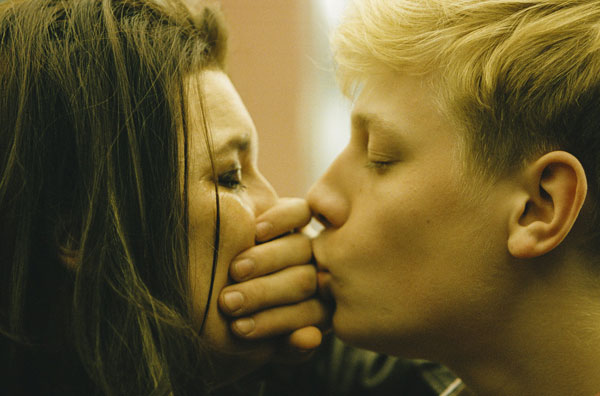 Mommy bursts with so much frenzied, turbulent energy that it really only makes sense when looked at as the fifth feature film by a 25-year-old moviemaker. Québécois Xavier Dolan is one of those enfants terribles of the cinema, making and sometimes acting in films that court attention. At Cannes this past year in a rare tie, the wildly careening Mommy was selected to share the Jury Prize with Goodbye to Language, the contemplative 3-D essay by the prickly old man of the French New Wave, Jean-Luc Godard. For all its temperamental gusto, Mommy clocks in at 139 minutes, while Godard’s rumination weighs in at 70. Both Mommy and Goodbye to Language coincidentally debut in Austin this week.

Mommy opens in a cauldron of unchecked emotions as teenage Steve (Pilon) starts a cafeteria fire and his unconstrained mother Diane, who calls herself Die (an unusual spelling that’s not happenstance to this character who intersperses her French with American slang) comes to collect him from the group home, which is now kicking Steve out for his behavior. The film is set in a fictional Canada of the near future, where a law has been passed allowing parents to commit incorrigible children to the institutional care of the state. Die, however, is determined to keep Steve at home and at least get him through the Canadian equivalent of high school. Theirs is a volatile relationship, sometimes bordering on the romantic but always undone by Steve’s erratic, hyperactive outbursts, which are characterized by their violence and attention-seeking. A quieter and gentler presence soon enters their household in the form of their neighbor Kyla (Clément), a stammering schoolteacher on sabbatical, who lives with her humdrum family across the street. Just as her calm demeanor provides a counterbalance to the fireworks of Steve and Die, her difficulty forcing out language contrasts with the uncontrolled volubility of the mother and son.

There’s not much more to Mommy than these anguished character studies. They go round and round, yet a narrative never coalesces. This will seem like an endurance test to some viewers (place me in that camp), but others will find it involving. The other essential thing going on in Mommy is Dolan’s manipulation of the screen dimensions. The screen ratio is 1:1, which is a perfect square, although it gives the illusion of the image looking longer than it is wide. (Unless you know this going in, it’s likely you’ll miss a few minutes of the opening reels while you exit the theatre to advise the management to adjust the lens.) At a couple points when the characters experience happiness, the screen ration suddenly pops out into widescreen. The more optically friendly image is elating, although the screen quickly returns to its claustrophobic state. Dolan also manipulates image and sound in various other ways that are reflective of the emotionalism of the characters. Undeniably, living with a teenager can be a hard row to hoe; living with a violently hyperactive teen, however, may require a seat in a temporary exit row. 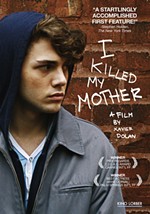 DVD Watch: ‘I Killed My Mother’
A superlative take on teenage angst