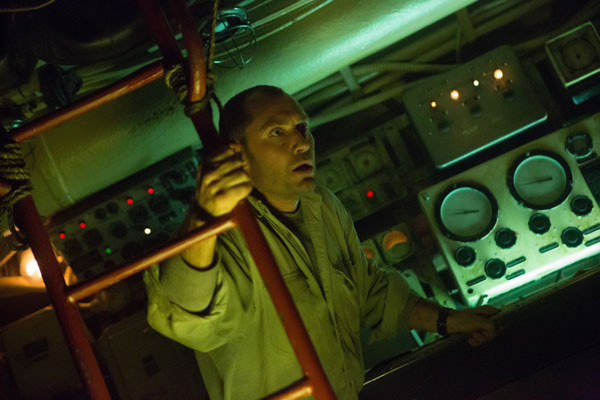 Director Kevin Macdonald picked up an Academy Award for 1999’s Black September doc One Day in September and has always been attracted to extreme masculinity, whether in documentary form (Touching the Void) or via narrative features (The Last King of Scotland, State of Play). That said, I can think of no more extremely masculine story pitch than casting actors Jude Law, Michael Smiley, and former Austinite Scoot McNairy alongside a bunch of burly Russian thesps and placing them inside a rustbucket submarine hellbound for death or glory. Unfortunately, you need more than sweat, brawn, and the incessant hurling of linguistically awesome Soviet-era expletives to make a legitimately suffocating nail-biter these days, and while Black Sea has its tin-can powder keg moments, the film never fully coheres into the riveting undersea actioner it so clearly wishes to be.

Laid off from his job as a marine salvage worker and submarine pilot after a 20-year stint, the divorced Captain Robinson (Law, seriously bulked up and by all appearances channeling Russell Crowe’s scowly mien and preternaturally furrowed brow) hears tell of a sunken German U-Boat loaded with golden booty off the coast of Crimea. Enraged by the pencil-pushing, corporate types who killed not only his own presumably-for-life career but also those of his closest friends, Robinson gathers together a motley crew of equally pissed off yet highly capable plunderers and sets off to steal the treasure from right under the nose of the Black Sea Fleet. Nothing, of course, goes well, but at the very least we get to see the forever-watchable Irish actor Smiley (The World’s End, Black Mirror, and almost all of pioneering UK director Ben Wheatley’s films) and McNairy go mano a mano as the film’s pressure cooker vibe slowly ratchets up.

Speaking of McNairy (Monsters, Halt and Catch Fire), screenwriter Dennis Kelly has saddled the poor actor with virtually the entirety of Paul Reiser’s role in Aliens. As the duplicitous corporate mole thrust into a nightmare situation, McNairy does what he can, but the similarities between the two characters are so obvious that you’ll recognize his fate almost as soon as he walks onscreen.

Black Sea is cluttered and claustrophobic in all the right ways, and it doubles as a watery jeremiad against global corporate malfeasance. Still, you walk away from the film with the niggling sense that the story never quite holds your attention the way it should. Kudos, though, to cinematographer Christopher Ross and production designer Nick Palmer, who go all-out in making the vividly lighted (yet always dim) interiors into a hellish netherworld of blood, sweat, and fiery, sub-oceanic doom. 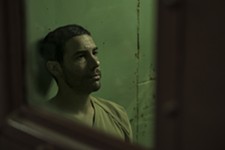 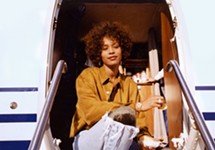