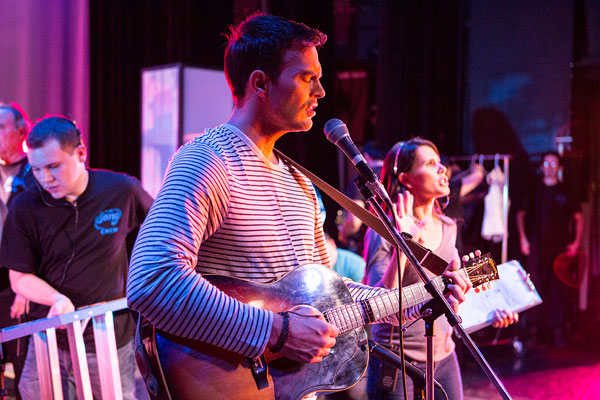 The One I Wrote for You

This San Antonio-shot indie feature tells a familiar story about the crass commercialism of the music industry, but does so with an engaging cast and contemporary spin. And, refreshingly, The One I Wrote for You is a family-friendly cautionary tale that refrains from seeking divine messages or the outlines of God’s handiwork in the foibles of His creations. Nevertheless, the film suffers, especially in the latter half, from some logical flaws and narrative improbabilities that diminish its enjoyment.

Ben Cantor (Jackson) is a singer-songwriter with a trunkful of self-penned tunes that have never seen the light of day. Earlier in his life, Ben made a stab at a performing career, but cast those ambitions aside when it came time to support his wife Alicia (Woods) and their daughter (Lake). (Exactly how he manages to do that on his barista’s salary is one of those narrative shortcomings I mentioned.) Ben had once come close to music success but walked away from the business because he refused to compromise his music and principles in exchange for success.

When the reality show The Song comes through San Antonio seeking contestants, Ben’s daughter surreptitiously submits his name, and from there it’s a hop, skip, and a jump to fame. With the show’s other two finalists, Ben travels across America on a tour bus, accompanied by his former road manager (Pollak), playing dates leading up to the grand finale in New York City. Apparently losing the contest because of his refusal to wear makeup and stage attire, Ben decides to throw in with the devil and go all out. By his final appearance, not only is he wearing guyliner and face paint but his act includes an entrance by motorcycle and three disco balls.

Ben’s meretricious plunge occurs as rapidly as his return to his senses. The story by David Kauffman, which he co-wrote with Steven Sessions, is full of these sorts of dramatic misfires. One dab of rouge is the gateway drug that launches a susceptible soul onto an inevitable path of self-destruction. Characters are either good or evil, with little shading. The plot also never explains why Ben didn’t try to publish his songs without performing them himself, since showmanship, not talent, seems to be his stumbling block. Everyone melts when they hear Ben’s songs, which is another of the credibility problems faced by the film (as well as musical reality shows, in general). The music just isn’t that good – or at least not as great as everyone says it is. Kauffman also authored all the music in The One I Wrote for You. However, in between Kauffman’s repetitive platitudes about following one’s dreams, the film’s actors and director hit many pleasing notes. 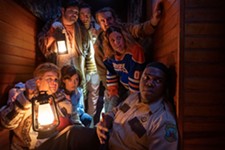 Werewolves Within
Howlingly hilarious lycanthrope comedy is a shaggy whodunnit 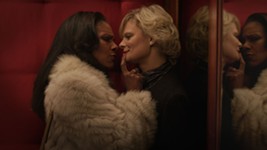