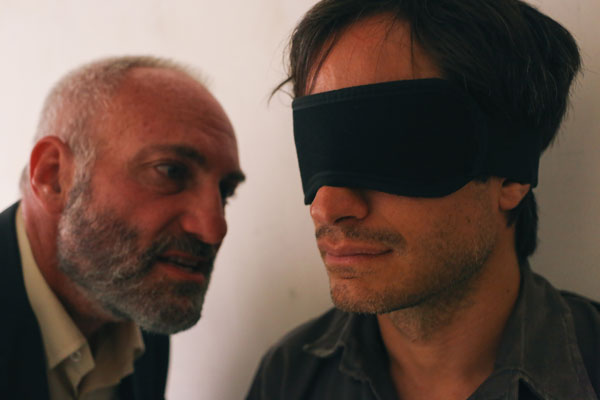 Jon Stewart’s work in front of the camera as an actor in a handful of films over the last couple of decades has been spotty (to be charitable), however the host of The Daily Show’s debut as a film director is a much more auspicious occasion. As the writer/director/producer of the film adaptation of Maziar Bahari’s book Then They Came for Me, the comedian proves his dramatic chops.

Even a casual viewer of The Daily Show With Jon Stewart can recognize the seriousness of the funnyman’s barbs as he skewers all that’s fatuous and venal in today’s politics. Rosewater affirmatively answers the question of whether he would be able to transform his sobering concerns into engaging dramatic fodder. Anyone wondering what Stewart was up to during his hiatus from The Daily Show last summer should be pleasantly surprised by the outcome. Rosewater is a well-crafted film account of Newsweek journalist Bahari’s 2009 detention in an Iranian prison, and it emphasizes humanity over headlines, freedom of speech over the repression of contrary thought.

When Bahari (movingly played by Mexican national Gael García Bernal), an Iranian journalist living in England, headed to Tehran to cover the 2009 election that pitted opposition candidate Mir-Hossein Mousavi against incumbent Mahmoud Ahmadinejad, he thought he would be away from his pregnant wife for only a short while. Once on the ground, Bahari finds a driver (Leonidas), conducts interviews with both sides, visits Dish University (a hidden rooftop array of satellite dishes that disseminates news otherwise forbidden), and sits for a silly interview with Jason Jones of The Daily Show, who calls him an American spy (an event that becomes part of the Iranian authorities’ case against him – and perhaps lends credence to the idea that this is Stewart’s story to tell). While asleep in his old bedroom in the home of his mother (Aghdashloo), Iranian police conduct a raid and find further evidence of his treachery: so-called pornographic DVDs of The Sopranos and Pasolini’s Teorema, and a magazine with Megan Fox on the cover (about which Bahari humorously concedes that the image looks a bit pornographic).

Bahari’s prison captivity is remarkable more for its tedium than its ferocity. He is interviewed daily while blindfolded by a functionary he nicknames Rosewater (Bodnia), for the scent of his cologne. The questions range from specifics to the absurd, and as the process goes along we also get a human sense of this interrogator, whose superiors are unhappy with his inability to elicit secrets. Bahari is also haunted by remembrances and “visitations” by his father and sister who were both detained in the shah’s prisons.

Once incarcerated, Bahari’s experience becomes a more interior journey, which is difficult to render in gripping dramatic terms. Stewart is to be commended for not tarting up the story with action-packed events, even though the film’s biggest problem is its dramatic even keel. Cinematographer Bobby Bukowski lends an able assist in filming sequences of solitary confinement as well as public demonstrations. A sequence in which García Bernal shadow-dances in captivity to Leonard Cohen’s “Dance Me to the End of Love” should be excised and promoted as music video of the year. Rosewater, along with his nightly mockery of the news, shows that freedom of the press has no greater champion than Jon Stewart. 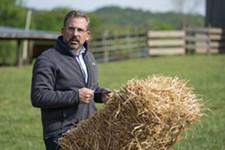