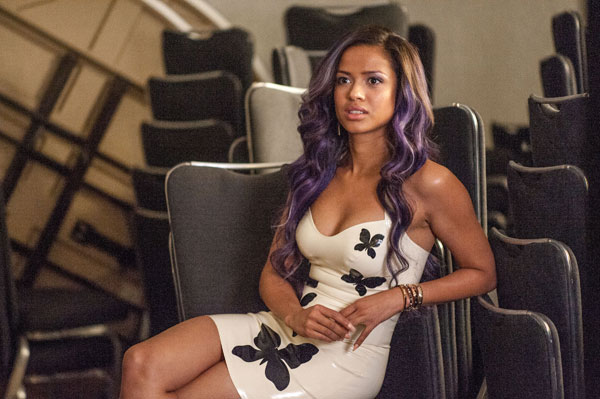 So far as meet-cutes go, Beyond the Lights offers up a doozy. When Los Angeles police officer Kaz (Parker) finds rising star Noni (Mbatha-Raw), she’s just hanging out on her penthouse balcony … and soon hanging off it, saved only by his quick instincts and sheer strength. “I see you,” the cop assures the distraught performer, and although he has rescued her for the moment, Kaz now finds himself caught up in the soul-crushing media circus which surrounds her 24/7.

The premise may equally evoke showbiz melodramas like A Star Is Born and The Bodyguard, revealing nothing new about the toxicity of tabloid culture in the process, yet writer/director Gina Prince-Bythewood (Love & Basketball) navigates these waters with a deft touch. Take, for instance, the introduction of young Noni (Jean-Jacques) belting out Nina Simone’s “Blackbird” with amazing verve at a school talent show, only to take home a second-place prize. Soon after mother Macy Jean (Driver) demands that she chuck the trophy (“You don’t want to be a runner-up, you want to be a winner”), Prince-Bythewood smash cuts to grown Noni thrusting her hips in a rap video while wearing an outfit that’d make a stripper blush.

It’s an effectively uncomfortable contrast, objecting to the objectification of talented young women without becoming preachy. That level of sensitivity runs throughout the film, suggesting racial pressures as well, rather than explicitly addressing them. Just as white judges kept her down in school, Noni’s image is that of being publicly subservient to white-boy rapper Kid Culprit (Baker, aka real-life rapper Machine Gun Kelly) until her own album drops.

Meanwhile, Kaz is being similarly groomed for politics by his own parent (Glover), and as such, he is repeatedly deterred from hanging out with a figure as provocative as Noni. This being an Obama-era Romeo and Juliet, such advice is hardly heeded, and given their palpable chemistry, it’s little wonder why Kaz and Noni might seek comfort in each other’s arms. Parker is convincing as a reluctant knight in shining armor, but his performance can’t help but pale in comparison to Mbatha-Raw’s star-making turn, running the gamut from volatility to vulnerability with a fierce set of pipes to boot. (Prince-Bythewood captures Noni’s aching adult rendition of “Blackbird” in a prolonged close-up, allowing her raw emotion to speak volumes.)

After an onslaught of overly moralistic, melodramatic love stories from the likes of Nicholas Sparks and Tyler Perry, the relative restraint of Beyond the Lights is practically a godsend, presenting audiences with a fairy tale grounded in something resembling reality and fractured by external circumstance as much as internal doubts. Even Driver’s stage mom isn’t rendered as a cut-and-dry villain, being driven by maternal devotion as much as controlling determination.

Within this potentially conventional framework, a gesture as simple as Noni removing her weave reverberates with the might of defiance against an indifferent industry. The fact that Mbatha-Raw and Prince-Bythewood make those little moments matter just goes to show that, whether on the stage or the screen, it really is the singer, not the song. 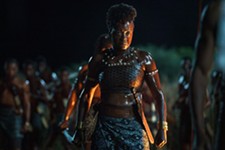 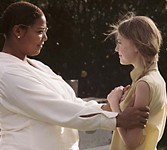 The Secret Life of Bees
Despite the sincere coming-of-age story at the heart of this movie rife with singers-turned-actresses, there's no denying the pleasures found in the film's soulful matriarchy.