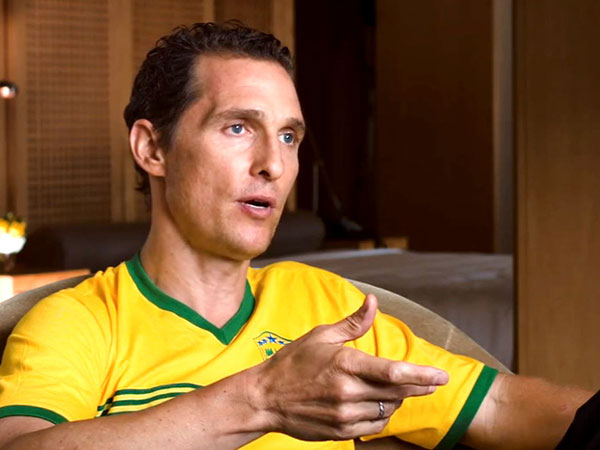 There’s enough commentary from a variety of speakers about Richard Linklater’s artistic voice in this documentary that even those who’ve closely followed the filmmaker’s extraordinary career from the get-go will remain engaged. And when there’s not, there’s always the entertaining animated segments that pop up with regularity to illustrate ideas.

The filmmakers default primarily to the musings of a variety of stars who have appeared in Linklater’s movies: Matthew McConaughey, Ethan Hawke, Julie Delpy, Billy Bob Thornton, Keanu Reeves, Zac Efron, Jack Black, Nicky Katt. Of these, McConaughey and Hawke (the two who’ve worked with Linklater the most) offer the most insightful comments about the director’s working methods. Yet there’s nothing groundbreaking or original about any of the actors’ thoughts that haven’t been expressed before. Collected, their contributions sound more like an adulatory tribute reel rather than any sort of critical analysis.

It seems odd that Dunaway and Wood spend most of their time talking with actors, rather than seeking out Linklater and the voices of some of his other collaborators. The Duplass brothers, Kevin Smith, and Jason Reitman make the case for why Slacker was the watershed film that spurred their own filmmaking careers. Austin Chronicle editor Louis Black [full disclosure: my boss] comes off as the film’s most articulate and original thinker about the throughline of Linklater’s career. Curiouser still are the Linklater collaborators left out: industry facilitators like John Pierson, attorney John Sloss, producer Anne Walker-McBay, and artistic cohorts like cinematographer Lee Daniel and music composer Graham Reynolds. Neither does the film delve very deeply into Linklater’s professional choice to remain based in Austin; and his founding of the Austin Film Society and its phenomenal growth and influence on the city over the decades almost seems like a tacked-on aside at the end of the movie rather than one of the ongoing concerns of his career.

Yet even these oversights would be acceptable if this amiable doc had more cohesion and organizational structure. The film’s working premise – that the first 21 years of an artist’s career define his career – is an artificial self-imposition. But Dunaway and Wood toss out that analytic structure from the start. Linklater’s first feature, It’s Impossible to Learn to Plow by Reading Books, is nowhere in sight, and the film hopscotches around Linklater’s career in an order that’s neither chronological nor thematically logical. Certain films are almost entirely shunned (subUrbia, Fast Food Nation, Linklater’s numerous projects with Speed Levitch, and his doc about UT coach Augie Garrido, to name a few), and other films are given too much weight (Thornton talking about The Bad News Bears springs to mind).

It’s perhaps surprising that there aren’t more Linklater documentaries out there, considering how substantial, influential, and plain fucking brilliant his body of work is. In the meantime, 21 Years will have to do.