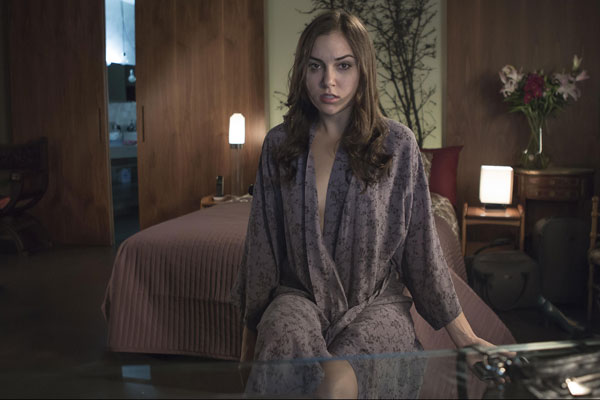 Nacho Vigalondo knows how to push our cultural buttons, and Open Windows works as both a crackerjack suspenser and an intellectually chewy meta-commentary on our current fascination with and engulfment by our digital devices. Like a 21st century reframing of Hitchcock’s Rear Window, Vigalondo’s newest is all about voyeurism, except these days you can never be completely sure that what you’re looking at on the screen of your phone/tablet/laptop/GPS isn’t also staring back at you. Heck, there might even be a psychopath on the other end.

Open Windows’ action takes place entirely within those screens. Wood is Nick Chambers: a buttoned-up, milquetoast fan of steamy actress Jill Goddard (Sasha Grey of The Girlfriend Experience). Sitting hunched over his laptop in a hotel room overlooking downtown Austin, Nick is initially under the impression that he’s won a contest and is going to have dinner with the none-too-obscure object of his desire. No such luck. In short order, Nick is contacted online by the mysterious Chord (Maskell), who seems to know all about Nick, Jill, and how to hack into just about anyone’s anything especially when it come to Ms. Goddard.

Vigalondo has fun juggling the various digital points of view. Much of the movie takes place on a PC’s desktop, with windows opening (ha!) and closing, IMs popping up, and Nick frantically attempting to follow Chord’s possibly murderous manipulations.

Open Windows has plenty to say about both the death of privacy and the dominion of the always-connected digiverse we now inhabit, and editor Bernat Vilaplana does a remarkable job of keeping the film’s frenetic pace rushing headlong toward an ending that you’ll never see coming. Vigalondo’s stylistic flourishes aside, that’s what makes Open Windows – ahem – watchable: It’s a nervy story audaciously rendered.

See "Nacho Average Thriller," March 7, for our interview with Vigalondo and Wood. 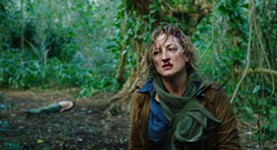 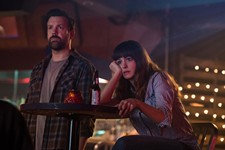 Extraterrestrial
Spanish filmmaker Nacho Vigalondo cloaks this romantic comedy within the promise of a science-fiction story.