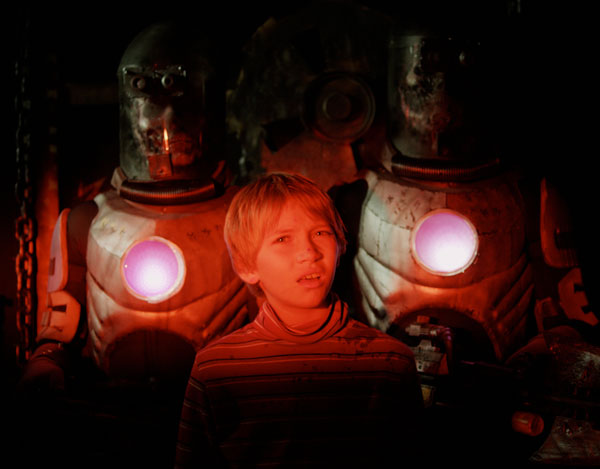 As was the case with V/H/S/2, the brains behind ABCs of Death 2 (RIP the “The”) seem to have heeded criticisms lobbed against last year’s predecessor – a horror anthology defined solely by assigned letters of the English alphabet and any manner of gruesomeness its participants could concoct to match – as this follow-up stands as a marked improvement.

Producers Tim League and Ant Timpson have united another 26 filmmakers and filmmaking teams to contribute a segment each, and the average quality is better overall, with fewer outright duds and less repetition among them, though the standouts might not quite rival the highlights of ABCs 1. Among the best of this volume: a hitman farce from Cheap Thrills director E.L. Katz, a hilarious courtroom drama involving the survivor of a zombie apocalypse, Todd Rohal’s bizarrely cartoonish nightmare populated by a few familiar local faces, the latest Israel/Palestine parable from Big Bad Wolves helmers Aharon Keshales and Navot Papushado, and a wicked subversion of juvenile wish-fulfillment from the Astron-6 crew.

The generally tongue-in-cheek tone is bookended by a fittingly violent storybook motif, and whenever the film does hit a speed bump (a shipwrecked bromance barely belongs; a Nigerian contribution feels more noble in its inclusion than necessary), viewers can take comfort in knowing they’re but a few minutes from the next promising portion. Better yet, ABCs 2 makes the wise move to end on the most inventively perverse of all segments, Chris Nash’s “Z is for Zygote.”

A more esoteric fellow than myself might suggest there’s something to be said for a catalog of anxieties so timeless and globally unifying that they collectively speak to the human condition in a multitude of tongues and tones. Let’s not kid ourselves, though: This is basically a Whitman’s Sampler of poor taste, and a tastier one at that.