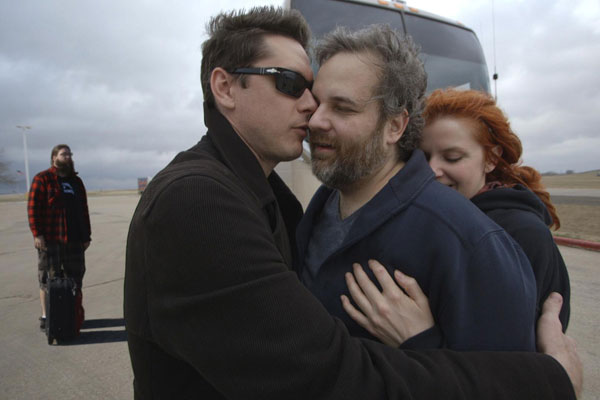 Neil Berkeley must be magnetically pulled to mad geniuses. Following up his terrific portrait of artist Wayne White, 2012’s Beauty Is Embarrassing, Berkeley documents another color-outside-the-lines creative force, TV writer Dan Harmon (Community), as he embarks on a 20-city tour taping his popular Harmontown podcast in front of live audiences. Berkeley effectively mixes footage from the freewheeling performances and backstage ephemera with archival clips from Harmon’s often-troubled career (Heat Vision and Jack, The Sarah Silverman Program) and affectionate but frank testimonials from his friends and co-workers.

“A human hand grenade with a predilection for pulling his own pin out” (as John Oliver puts it), Harmon lets it all hang out for the camera: his black moods and shame spirals, that devastatingly sharp tongue, and a dizzying number of drinks poured. But Harmontown, a large-hearted film, also illustrates what Harmon calls “the misfit quality” that bonds him to his audience and his collaborators. Chief among those collaborators is scene-stealer Spencer Crittenden, a shy dungeon master who joins the show almost by accident and becomes a cult hero. You might not know what he means when one shiny-eyed fan squees to the camera, “Spencer signed my D20!” – but then again, you know exactly what he means. As much a portrait of a community as of its brilliant, de facto mayor, Harmontown is a stirring tribute to the restorative power of finding your people.

A version of this review appeared on March 9, 2014 when the movie had its world premiere at SXSW Film. 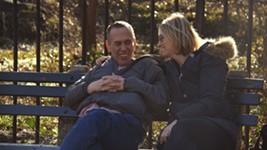 Gilbert
Love him or hate him, he's Gilbert Gottfried 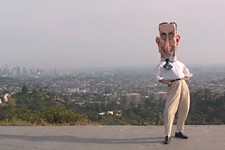 Beauty Is Embarrassing
You may not know his name, but you know Wayne White's artwork from Pee-wee's Playhouse or his MTV award-winning design work.