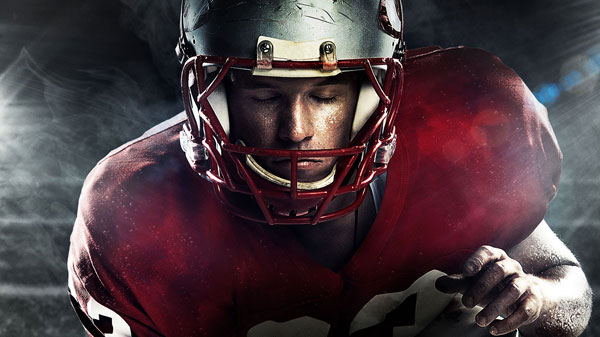 Based on the true story of Travis Freeman, a high school football player from Corbin, Ky., who was struck blind after a severe sinus infection rendered his optic nerves useless – yet still continued to play, 23 Blast is a well-acted inspirational sports drama that never quite rises above the treacly mire of cliches that seem inherent to the genre. This first feature from actor Dylan Baker (The Good Wife, Happiness) is a generic triumph-over-adversity film whose tonal shifts would make Arnold Schoenberg smile.

The title comes from the name of a football play, one learned early on by Travis (Hapka) and his best friend Jerry (Hoover) as they practice pee-wee football as children. Cut to high school and Travis is a popular wide receiver, while Jerry is a second-string quarterback, languishing on the bench because he’s from the wrong side of the tracks, maybe (the film never makes it entirely clear – he does do a keg stand at one point, FWIW). When Travis goes blind and understandably shuts down, Jerry is there to help his best friend by letting Travis drive his truck around town, with the appropriately hilarious results. There follows a number of montages, all cued to music that strives for maximum lyric ham-fistedness, that show Travis acclimating to his new condition, and then, when Coach Farris (Lang, the best thing about this film) decides to bring him back as a player, more montages of Travis relearning the game he once knew so well. Did I mention that there’s a big conference championship coming up and that play they learned oh so long ago will probably figure prominently? 23 Blast’s heart might be in the right place, but everything else seems a mish-mash of tropes hearkening back to the Hallmark movies era. If you're needing a small-town football fix, cue up Friday Night Lights, instead.