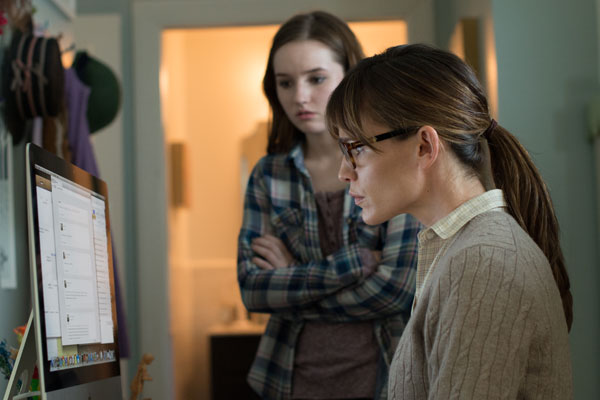 At shopping-mall food courts and Friday night football, the title’s interlocking men, women, and children try to connect, but can’t disconnect, or something. A hysterical hand-wringer about the stunting effects of technology, dressed up as a dispenser of unvarnished truths, Men, Women & Children takes good actors and gives them little to do but play out case studies of various scenarios inspired by this, our Internet age. Middle-aged couple with intimacy issues seeks alternate sexual partners online. Nervous mother uses surveillance technology to track her child’s social media habits. Teenage boy overstimulated by cyberporn cannot achieve erection from human touch. Oh, the humanity.

Filmed in Austin (standing in as your average red-state, meat-and-potatoes town, in the film’s best, if accidental, joke), Men, Women & Children has nothing illuminating to say about technology. The 21st century bugaboos of sexting, AshleyMadison.com, and so on are just props here in a moldering play. Husbands and wives have always strayed, children have always been curious about sex, and parents, now and forever, just don’t understand – good fodder, all, for some chewy drama. But Men, Women & Children is strictly soft-serve, pandering to technophobes and the morality police while simultaneously begging for arthouse bona fides by having America’s creepy uncle, Adam Sandler, fake-masturbate. In adapting Chad Kultgen’s 2011 novel, which introduced itself with a chapter-one riff on Kelly Ripa’s anus, Jason Reitman and his co-writer Erin Cressida Wilson (Secretary) manage to be both prudish and eye-rollingly vulgar. It’s provocation at the pitch of a schoolyard taunt, though I suspect the filmmakers are secretly in league with the school principal. Not just narratively crude but aesthetically ugly, Men, Women & Children’s framing occasionally cuts characters off at the forehead, in effect lobotomizing them. I couldn’t think of a better metaphor for this brainless splotch of self-important scaremongering.