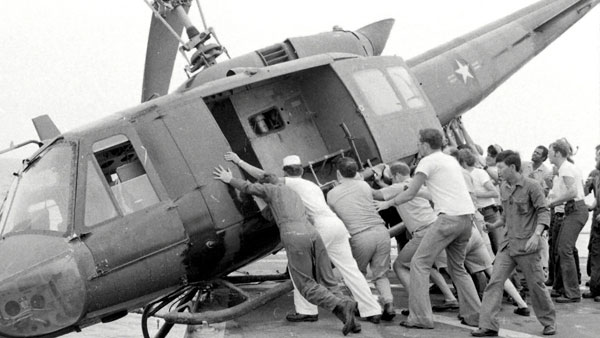 Last Days in Vietnam is a powerful and terrifying documentary on the last days of American involvement in Vietnam. Letting his wished-for results trump harsh reality up until the very end, the American Ambassador Graham Martin was in denial as to what was happening. Believing that South Vietnam would persevere, he felt discussing any escape plans (providing for a safe mass exodus of all Americans), was defeatist. Even worse, some of the American strategists had no plans at all to aid the emigration of tens of thousands of Vietnamese whose lives were in danger because they had collaborated with the Americans. The official plan was to say, “Thank you," tip the hat, and leave them stranded as the North Vietnamese successfully invaded their country.

The film is haunting as it demonstrates the flaws of some American foreign policies – diplomats guided by ideology, arrogant assumptions about the world that run counter to reality, as well as a certain American ineptitude when the situation runs counter to how they thought it would go. There is also a common decency and basic heroism on the part of many of the Americans.

The film sinks its mental hooks into your head in ways that only grow worse given the modern context of this film. Despite a stunning series of mistakes and seriously misreading the situation in Southeast Asia, the invasions of Afghanistan and especially Iraq tell the saddest part of this tale. The extraordinary human cost of Vietnam seems even more meaningless in that our leaders have learned nothing from the experience. In every way, this is an enthralling but heartbreaking story, beautifully done. 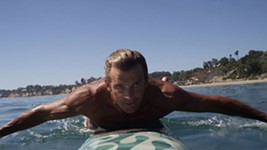 Take Every Wave: The Life of Laird Hamilton
Intimate portrait of the surfing legend only skims the surface.