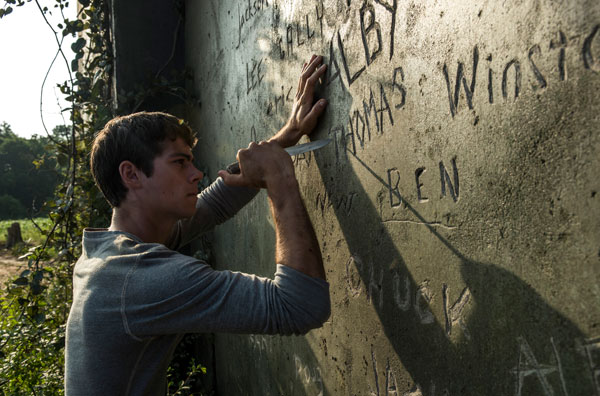 Success begets success, or so movie studios hope as they chase after the next potentially lucrative teen magnet. For every Harry Potter, there’s a forgettable knock-off like Eragon or The Seeker: The Dark Is Rising; for every Twilight, we get a Beautiful Creatures or The Mortal Instruments: City of Bones.

Of course, everyone wants the next Hunger Games, and though this year’s Divergent and The Giver were fairly limp contenders for the crown, The Maze Runner makes a surprisingly strong case for its own continued existence. Much like amnesiac teen Thomas (O’Brien), we’re thrown into the Glade with minimal preparation. It’s a hospitable oasis populated strictly by other young men and surrounded on all sides by a mammoth, ever-shifting maze. None of the designated Runners has managed to find a way out in three years of exploration, nor have any of them survived a night spent among biomechanical beasts called Grievers.

There’s no need to read James Dashner’s novel in order to deduce that Thomas, soon joined by lone girl Teresa (Scodelario), will be The One Who Changes Everything. Thankfully, The Maze Runner prioritizes its characters’ immediate need for survival over establishing a tired dystopian future or embracing the monomythic routine of making Thomas’ arrival a grand design of fate. Once the requisite glossary of proper nouns is laid out (the Box! the Changing!), the intertwining tensions of schoolyard bluster, dwindling supplies, and what’s beyond those walls are enough to engage our interest. Think Lord of the Flies crossed with underrated sci-fi puzzler Cube.

Despite his background in visual effects, Ball grounds the human activity throughout, and the young ensemble especially rise to the occasion. Even when O’Brien defaults to broad stoicism or Will Poulter’s Gally becomes an increasingly militaristic antagonist, the performances give some easy archetypes remarkable dimension and even some welcome levity in the face of looming menace, with gradually revealed threats like the Grievers looking about as sharp and slimy as a PG-13 rating would allow.

The sequel-teasing finale is equally bleak and improbable, but until that point, The Maze Runner is a relatively well-rounded teen adventure. Even if it doesn’t manage to be quite the Hunger Games-level hit its producers would clearly desire, it’s the best of the wannabes we’ve seen so far.

The Chronicle's monthly #ACreads Book Club meets on Twitter on Monday, Sept. 22, 7-8pm, to discuss James Dashner's The Maze Runner. Follow @AustinChronicle to find our discussion, and use #ACreads to get in the conversation. 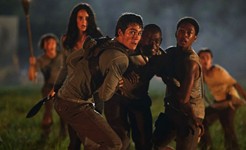 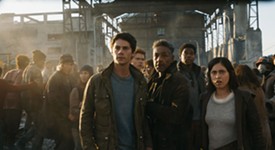 Maze Runner: The Death Cure
YA dystopian trilogy finally comes to a close 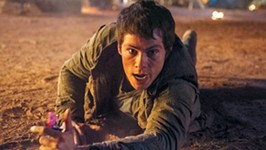 Maze Runner: The Scorch Trials
YA dystopia franchise continues in this sub-par sequel