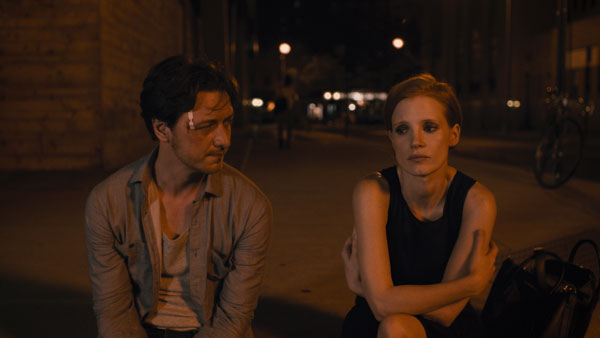 The Disappearance of Eleanor Rigby: Them

Is it the responsibility of the critic – or even her purview – to consider not just the text, but its larger context? I’m genuinely stumped. I came into The Disappearance of Eleanor Rigby knowing the story of its making, and that knowledge colored my viewing experience, had me second-guessing what made it onscreen. And so – in a very bad advertisement for my own usefulness – I say, if you don’t already know what I’m talking about, get out now. Go see the movie; come back when you’re done. I’ll still be here.

The issue at hand is what comes after the title’s colon: Them. First-time writer/director Ned Benson debuted the film as a work-in-progress at the 2013 Toronto Film Festival, only then it was two discrete pictures, Him and Her, which explored a long relationship from the different perspectives of two thirtysomething New Yorkers, Conor (McAvoy) and Eleanor (Chastain). After the Weinstein Company acquired the project, Benson re-edited it into Them, which shifts between both perspectives and reportedly drops some subplots and adds in other material.

In a lot of ways, this is old news: Movies get re-cut all the time. (A few more whacks at bat, and we’ll hit an even dozen Blade Runner cuts that are in and out of circulation.) But it’s a curious distraction, knowing how far afield of its original vision Them has traveled, and a dangling what-if, too – wondering if the frustrations with Them are a direct result of the collapsing of two into one, or are common to all three films. (Him and Her will be released in October.)

Enough speculation. What of the movie actually playing in theatres? It’s a keen, dual character study that goosed both hot tears and teeth-grinding from me. Chastain and McAvoy are flatly devastating – wholly mesmerizing performers, which is essential, because the slow drip of information about their shared history renders inscrutable and even suspicious a lot of Eleanor and Conor’s actions and inner tickings. I longed for more clarity, and sooner; without it, Chastain and McAvoy are but beautiful, confounding objets d’art to be admired and scrutinized from an arm’s length. Once a crucial piece of backstory is revealed, the picture becomes more rewarding for it, emotionally and aesthetically, but that doesn’t temper the feeling that half the film was wasted on arty misdirection. With so many versions of this thing tripping around the ether, I’m just as eager to see Them for a second time. Stripped of its mystery, will it be more powerful, or more prosaic? Another stumper. 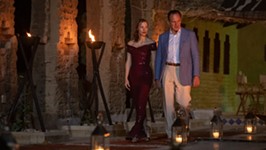 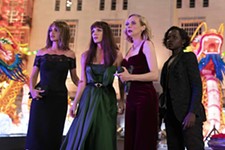