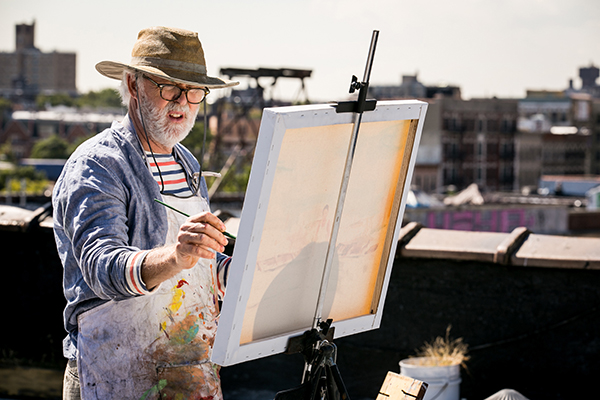 There are many questions raised and answered in this film, but one that isn’t is why on Earth it’s garnered an R rating. Love Is Strange is anything but. It’s a seriocomic romance of the most genteel sort, full of heartfelt “I love yous,” brief (and definitely unerotic) snuggling, and a wealth of tremendously fine acting from all involved. There are no explosions, murders, or mayhem of any kind, and the two principal characters are a 71-year-old painter and a Catholic school choral teacher. The answer is right there in the title for those who care to parse the etymology of the word “strange,” a synonym for “queer,” which is, of course, nowspeak for “gay.” There’s your answer, Anita Bryant.

Apart from that seemingly minor detail, Ben (Lithgow) and George (Molina) are as fussy and prim a pair of golden-agers as you’re likely to find onscreen this year. Having just celebrated their 40th anniversary as longtime companions, they’re quickly married amidst a beaming throng of friends and family and light out for a lengthy honeymoon at the Best Exotic Marigold Hotel. If only. Instead, the official tying of the knot results in George, the main breadwinner, being asked to resign his paid position at his church, which in turn leads to the pair losing their beloved condo, which then finds them ostensibly homeless, kipping on friends’ and relatives’ couches until a new domestic arrangement presents itself. It goes without saying that this is not the wedded bliss the pair was expecting. Ben, the older, shakier of the two, lands in the cramped apartment of his son and daughter-in-law (Burrows, Tomei), sharing a bunk bed with their son, the complexly-teenage Joey (an excellent Tahan), while George bides his time with a pair of friendly gay neighbors (cops, no less). Mild romantic chaos, familial guilt, and a moment or two of interruptive salsa music ensue.

Director Sachs, co-writing with Mauricio Zacharias, goes to great lengths to imbue Ben and George’s unexpected turn of fortune into a heavy dramatic weight, and it works, to a degree. Lovers separated is, after all, a dramatic tentpole. But what strikes you most about the relationship between these two aging men is just how absolutely normal everything is. There’s nary a hint of anything other than pure, unadulterated, longtime love between the two, a fact that is recognized and celebrated at every turn. They might as well be your own aunt and uncle, only sweeter, kinder, and with somewhat better fashion sense.

All this might have become downright tedious were it not for the fact that Lithgow and Molina remain exquisitely watchable actors; their performances here are models of subtlety, especially when nothing all that dramatic is happening onscreen. The fact that even then they draw and hold your attention like ponderous, aging lodestones is reason enough to engage in this otherwise decidedly un-strange romance. Now about that overwrought rating …. 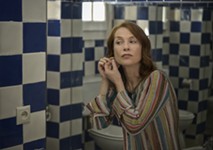 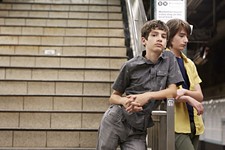