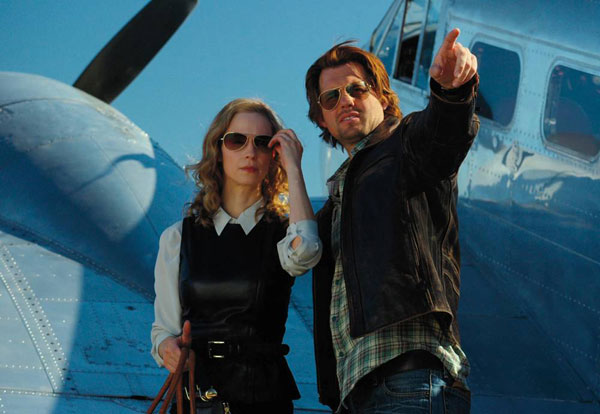 Atlas Shrugged: Who Is John Galt?

This is the third and final offering in the film trilogy of Ayn Rand's sprawling, sometimes shockingly prescient (though just as often painfully simplistic and overly didactic) novel Atlas Shrugged. At her very best in The Fountainhead and the first three quarters of Atlas Shrugged, Rand is a master storyteller. I'm tempted to add "divorced from her ideology," but that is like saying Shakespeare without the poetry. Characters, story, and message are part and parcel of the package.

This postulates an America deliberately destroyed by a socialist agenda legislated by consciously evil, progressive leaders. Resistance is led by the upper echelon of capitalist business owners. This entrepreneurial/industrialist/creator caste goes on strike because government policies are essentially enslaving them (besides wrecking their businesses).

Unfortunately, Who Is John Galt? substitutes the most knee-jerk Tea Party beliefs for Rand's far more ambitious and complex philosophy. This is brought home by having Sean Hannity, Glenn Beck, and Ron Paul presented as voices of moral authority and political wisdom.

Not that the first two films were any great shakes, but this one, which features a completely different cast and crew, is easily the weakest. Stylistically mundane it combines bizarrely leaden storytelling with some truly awful acting. The center of the film is John Galt (Polaha), a messianic and charismatic leader, played here with soap-opera subtlety and bad regional theatre affectations.

In 1949, when Warner Bros. filmed The Fountainhead, Rand threatened to burn down the studio if they compromised her novel. I'd like to think that if she were alive she'd be looking for lighter fluid for this one. 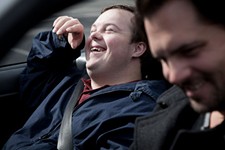