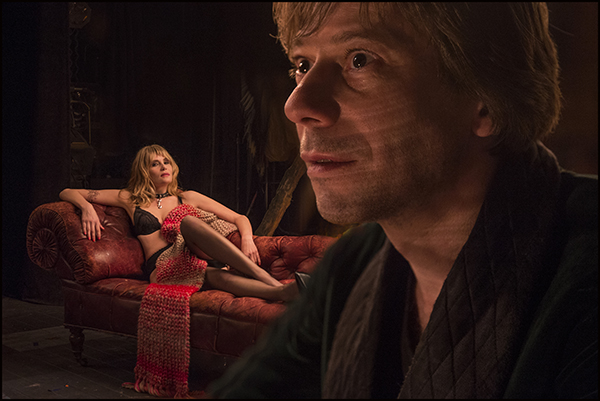 The play’s the thing in the erotic comedy/drama Venus in Fur, which entirely takes place during an unorthodox audition one rainy evening in a Parisian theatre where a musical version of the classic Western Stagecoach has recently closed. Frustrated by the younger “idiot” actresses who earlier read for the female lead in his adaptation of Leopold von Sacher-Masoch’s scandalous 1870 novel of sexual domination and subjugation, a veteran playwright and novice director (Amalric) is about to head home when a bedraggled woman with wet hair and runny mascara (Seigner) announces her late arrival at the back of the theatre. At first glance, this older, slightly voluptuous, and somewhat trampy female – she’s wearing a dog collar in the spirit of the play’s S&M premise – is all wrong for the part, despite the coincidence (or not?) she’s named Vanda, similar to the stage character. This Vanda is a brash and uncultured Loire Valley girl past her prime, more dumb blonde than sophisticated lady in the eyes of a sexist whose misogyny informs his view of women. Blinded by his objectifications, however, he fails to see what you immediately see: The audition began the moment Vanda walked through the door. As a giant, phallic cactus from the closed production holds silent vigil, the two characters instantly engage in a tug-of-war for power and control, flip-flopping between the dramatic text of the written page and their dialogue in real life. Let the mindfuck begin.

Casting Seigner in the coveted role of Vanda in this adaptation of David Ives’ Tony-winning play may strike some as nepotistic (she’s married to director Polanski), but her performance stands on its own. It’s deliciously self-conscious. Like a cat playfully teasing a mouse for hours before devouring it, her Vanda clearly enjoys toying with her prey as she carries out a feminist agenda that may be personal, political, or both. In the less showy role of her clueless victim, Amalric – who’s a dead ringer for Polanski – is most convincing at his most submissive. While the extraordinarily talented Polish-born director rarely falters in translating the source’s theatrical strengths, his Venus in Fur feels oddly impersonal, lacking the trademark touch of Polanski perversity (with the exception of that erect, needled spike). The man is capable of placing his own stamp on a great piece of writing. Witness his insistence on an unhappy ending to Robert Towne’s brilliant screenplay for Chinatown. You can’t imagine it any other way. 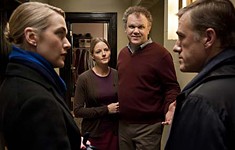 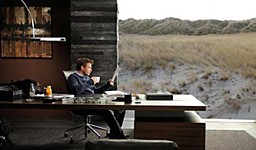 The Ghost Writer
Polanski is back in the saddle with his new political mystery thriller, which stars Ewan McGregor and Pierce Brosnan.