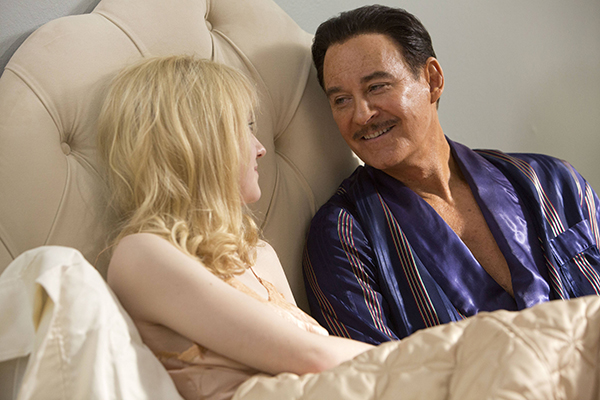 The Last of Robin Hood

To ambitiously approach this inherently tabloid tale of the end-of-life romantic fling Errol Flynn (Kline) had with Beverly Aadland (Fanning), beginning when she was 15, requires that the film have a very formal moral center (or a very calculatedly amoral one). This film slips and sloshes around in such ways that you really can't figure out its take on the unfolding and ill-fated story.

The film tries for some range, a certain uniqueness of attitude. Flynn genuinely loves Aadland, despite the inherent exploitation involved. She is clearly manipulating him for fame and fortune, but still has a seemingly sincere affection. Yet these attempts at resonance fail. Instead, they just tear apart any narrative cohesiveness, re-sewing the remains into the most misshapen of quilts.

The waters are muddied by Susan Sarandon's tour-de-force performance as stage mom Florence Aadland, who is willing to tolerate this very questionable relationship in order to further her daughter's career (and, not inconsequently, her own desires for a better life). Sarandon leaves the film reeling in her wake.

Kline's letter-perfect turn as Flynn almost anchors the work; he does a splendid job of evoking the nuances, contradictions, and larger-than-life characteristics of the matinee idol. However, he is a lone character in search of a play: Around him reigns tonal confusion. Although the film is dull, Kline is always a pleasure – and never more so than when he relates the fabled story of director Raoul Walsh stealing the corpse of John Barrymore from the funeral home and leaving it sitting up in Flynn's favorite chair to be discovered by the actor when he returned home. Flynn does a quick bit imitating Barrymore that's delicious.

The film needed three great performances. It gets two from Sarandon and Kline, even though they seem to be in different films. Ultimately, Fanning, in the crucial role, just doesn't quite pull it off.

But this story really requires a much more coherent telling to work. The Last Days of Robin Hood combines shredded bits of biography, scandal-sheet gossip-mongering, and philosophical retrospective into an unsightly and, unfortunately, uninteresting mess. 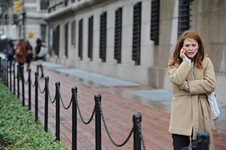 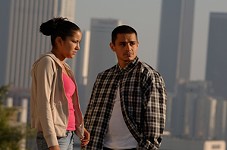 Quinceañera
Don't confuse this Sundance charmer with My Big Fat Mexican Debut, for its farcical scenes of high hair and waltzes form a genial, light-comic prism for watching race, age, class, and sexuality collide in one of America's most economically and ethnically complex cities.