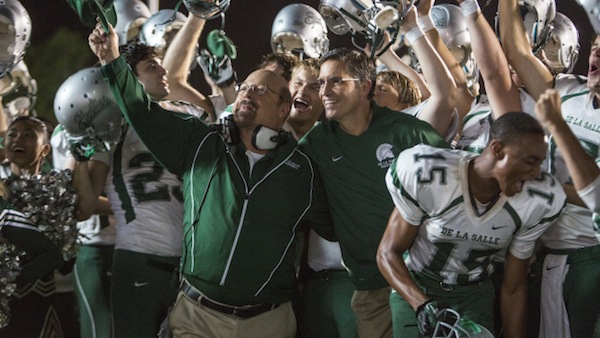 When the Game Stands Tall

As a training manual for young athletes on the paramountcy of teamwork, When the Game Stands Tall may be useful viewing, but as a gripping drama, it’s dodgy at best. Loosely based on sportswriter Neil Hayes’ book about high school football coach Bob Ladouceur, who led his De La Salle Spartans to a historic 151-game winning streak, the script (by Scott Marshall Smith) wisely includes the game that broke the streak. The problem – and this goes back to teamwork – is that the film barely individuates its characters. “There’s no ‘i’ in team” makes sense as a motivational bromide, but wondering, “Wait, which guy is that – the Baptist or the one whose dad bullies him?” doesn’t exactly make for rousing entertainment, and Caviezel’s constipation-face take on Ladouceur is about as scintillating as reading decades-old box scores.

The film, helmed by Thomas Carter (Save the Last Dance, Coach Carter), has a rocky start, skittering back and forth between a season-championship game and the team meeting held 24 hours before. In theory, this meeting is a good way to introduce the team – outgoing seniors and the juniors who will lead the team the following season, the next stage of the film – but the inconclusive camerawork, nighttime lighting, and rapid cuts back to the game confuse who’s who, and why we should care. Eventually, the players come into some focus, but the young actors collectively don’t have enough innate charisma to overcome the anemic characterizations and abandoned story arcs. (The script makes much hay of Ladouceur’s sort-of estranged relationship with his son and another footballer’s me-first mentality; both arcs peter out long before their pat resolutions.)

The gridiron action is competently staged and viscerally sound-designed, and the message is unimpeachable: That high school football isn’t about winning, it’s about the molding of boys into men. But Caviezel, vibing as ever vaguely sociopathic, is a poor conduit for that message. Supporting player Michael Chiklis, as Ladouceur’s assistant coach, is an actor you could imagine more vividly embodying Ladouceur’s righteous mix of humility, religiosity, and game-day intensity. But let’s be honest: One guy already pretty definitively nailed the holy trinity of God/family/football (not necessarily in that order), and his name is Kyle Chandler. It’s an impossible standard, maybe, but in 42 minutes, TV’s Friday Night Lights delivered all-star-level emotional complexity and action. When the Game Stands Tall is strictly JV squad. 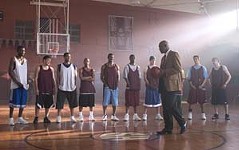 Coach Carter
Come to this movie for the prominent hip-hop soundtrack and glossy sports action; leave with a message about teamwork, decency, and self-respect scorched into your brain. 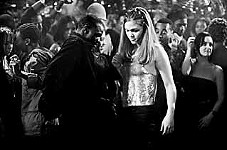