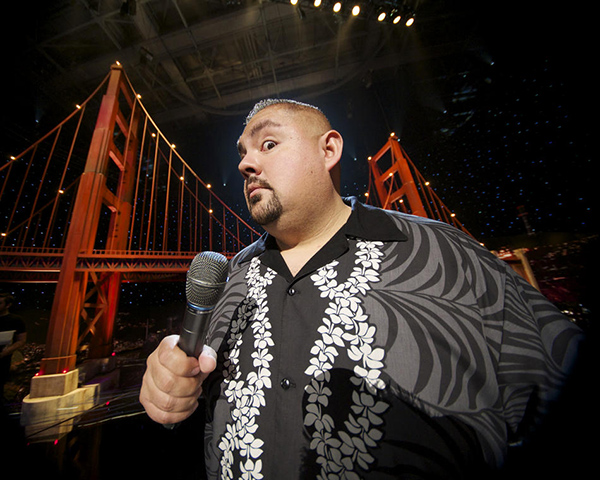 The Fluffy Movie is mostly a comedy performance film, although it has a narrative introduction in flashback that shows the meeting of Gabriel Iglesias' parents, as well as his birth and childhood. Interestingly, part of this flashback framing device (shot by Jay Lavender) has the very young Iglesias fooling his mom into allowing him to rent Eddie Murphy’s Raw. When that film was released in 1987, comedy-performance theatrical features were rare, and acts usually used the opportunity to take a career-defining shot at going for the gold.

Now with cable specials, TV series, and animated films, a gifted comic like Iglesias works all the time. The Fluffy Movie is a record of Iglesias' current stand-up material, not designed to be his definitive comic work. Inherently funny, with a terrific sense of timing, an amazing gift for mimicry, and an ability to perfectly imitate all kinds of everyday sounds, Iglesias is always charming and frequently laugh-out-loud funny.

This one is a little odd in that it opens with the comic riffing on his relationship with Martin Moreno, his opening act whose set is not included in the movie. Still, the stories of their adventures work – especially an extended take on visiting India. Consistently funny, the film is rarely dazzling, being very workmanlike but still a job well-done by a gifted comedian.

Toward the end of the set, Iglesias amps it up several notches when he talks about finally encountering his own absentee father after more than 30 years of separation and interweaves it with stories about his own relationship with his son (who is adopted and whom he points out a couple of times too often). This extended bit gains some traction, transcending the routine-but-still-funny, standard stand-up fare delivered during the rest of the set. Iglesias' fans will love it.