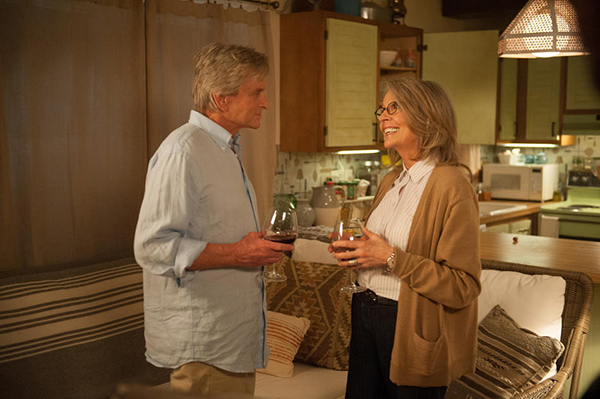 And So It Goes

What’s up with Diane Keaton? An acquired taste – her dithery mannerisms often bewilder; she sometimes resembles a caged bird haplessly flapping its wings – the 68-year-old actress mostly toils in glossy family dramas and romantic comedies about people who exist in a rarefied bubble of upper-middle class comforts. (It’s the Better Homes and Gardens school of filmmaking.) Frequently, she plays the wife or mother (or both), thankless stock roles seemingly interchangeable from movie to movie. But Keaton somehow makes these unremarkable characters vibrant, lighting them from within through the sheer force of her personality. She absolutely shines. This gift may explain why Keaton continues to work steadily in a fickle industry unsympathetic to women of a certain age, though the quality of her films lately leaves much to be desired. This American original deserves better. Something’s gotta give.

Keaton’s recent track record doesn’t improve with the gooey And So It Goes, which pairs her with grumpy old man Michael Douglas. As a couple, they lack romantic chemistry, but their bickering has its moments. Keaton’s Leah is a widowed, wannabe lounge singer, who frequently dissolves into tears midsong and rambles on about her dead husband’s cancer between numbers. (As a chanteuse, Keaton is passable; her voice is a little reedy, but she can sell a Gershwin tune.) Douglas’ Oren is the rude widower who lives next door, his uncomplicated life turned upside down when his estranged son asks him to care for his daughter while he serves a short prison sentence. As a human being, Oren makes no sense. He flips back and forth between misanthropy and decency as the mood demands. But the character’s lack of consistency is nothing compared to the absence of directorial stewardship here. The enervated pace is like cinematic sedation; it’s a wonder the film found the strength to finish. Certain scenes play as if Reiner forgot to show up on the day of filming, so the actors and cameraman just winged it. Perhaps his embarrassing (and pointless) turn as Leah’s clueless accompanist with the bad toupee distracted him from his principal responsibilities behind the camera. What a Meathead.