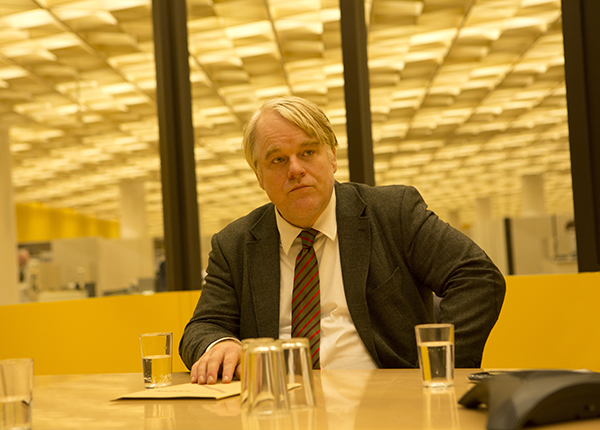 A Most Wanted Man

A post-9/11 espionage thriller adapted from John Le Carré’s 2008 novel, A Most Wanted Man opens on a battered sea wall. It sits at the lip of Hamburg, Germany, a port city on high alert after Mohamed Atta and his co-conspirators plotted the September 11th attacks there, undetected by German intelligence officers. In the film’s first minutes, a Chechen/Russian dual citizen named Issa (Dobrygin) mounts the sea wall and is absorbed into Hamburg’s Muslim community, setting off alarms for an off-the-books team of spies, led by Günther Bachmann (Hoffman, in one of his last film performances), who’ve been tracking Issa’s movements.

Issa is the central daub of paint in a pointillist portrait of predators and prey: Take 10 steps back, cock your head to the left, and maaaaaaybe all the discrete strokes make sense in wide focus. As the chain-smoking, poker-faced Günther lays it out, “It takes a minnow to catch a barracuda, and a barracuda to catch a shark.” Be they spies, bureaucrats, or Islamic extremists, everybody has a place in the pecking order, but the filmmakers intentionally obscure precisely who’s nibbling at whose heels.

Playing it, as ever, close to the chest, director Anton Corbijn (Control, The American) lurches between other points of interest, and other predators and prey, played by an international cast. The apparently Herculean effort to sound authentically German leaches some liveliness from the Americans’ performances. But Hoffman – his voice low and slowed to pin that unruly accent into submission – flips a seeming disadvantage on its head: A sudden movement or sardonic aside becomes more precious for its rare break from tight control.

Corbijn gets that the threat of violence in a movie jangles the nerves more than its follow-through, and he favors smash cuts and hard hit-stops on transitional music to goose the mood into a grim anxiousness. The overcast look and locations fill out the job. A Most Wanted Man takes place in sterile offices and grungy bars, surveillance vans and secret interrogation rooms – places largely empty of personal effects – so it’s a shock to the system when, late in the film, we suddenly see Günther in his own home, in the sad, wood-paneled bachelor pad of an underpaid, underappreciated spy operative. He sits at a modest upright piano to play a little, not all that well, but it’s moving nonetheless, Hoffman’s stubby, timid fingers and what insight they give into the soul of an undemonstrative man.

Corbijn carries over the sounds of Günther’s unpracticed piano into the next scene – a crucial scene, in which a trap is set and all the spy maneuverings come to a head – and for a moment, I wondered if Corbijn had gone soft (you could hardly fault him; that kind of ribboned-pretty mournful movie montage works like gangbusters). Then Corbijn hits stop hard again. Ten minutes later Hoffman staggers away from the wreckage, his beautiful bulk, filmed from behind, dotting the i’s and crossing the t’s on the film’s thesis statement. Forget divining who’s predator and who’s prey. Everybody’s chum here. 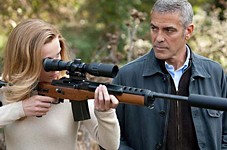 The American
George Clooney stars in this thoughtful thriller from the director of Control, the biopic about Joy Division's Ian Curtis. 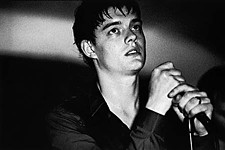 Control
Control, Anton Corbijn's narrative portrait of Joy Division's suicidal singer, Ian Curtis, is easily one of the finest films ever made about the collision of music, madness, and the human heart.