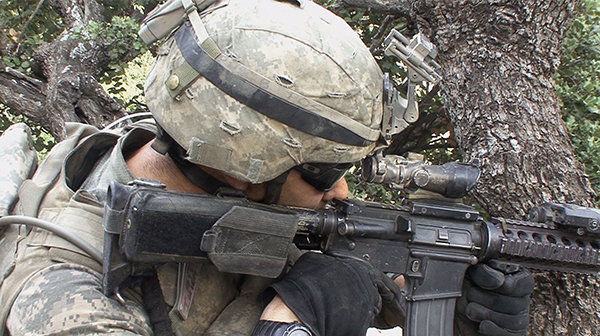 The tagline for this documentary by Junger is, “Korengal picks up where Restrepo left off; the same men, the same valley, the same commanders, but a very different look at the experience of war.” Unfortunately I’ve never seen 2010’s Oscar-nominated Restrepo, though having watched Korengal, I’m planning on it.

Remarkably frank, Korengal espouses no one clear sentiment towards war. This film, as did the first, features numerous interviews with combat-experienced soldiers, but the later film talks to many again after they’ve left combat behind and had a chance to digest their experiences.

The films center on the fighting in Afghanistan’s Korengal Valley, which was so intense and deadly (42 Americans killed) the Army ended up pulling out. The first film was during the heyday of the conflict; this one is a more thoughtful contemplation afterwards.

Let me make my biases clear: Any good, honest film about war up close ends up arguing that it is inexplicable and horrific. On the battlefield nobility is inarticulate, heroics abstract, and causes are distant. This accepts that there is an ongoing series of philosophical arguments about whether war is ever just, and if so, when? Those dialogues are far removed from the battlefield, whereas this one is up close and personal. It intercuts often seemingly lush historical footage with more recent tight-in interviews all shot in close-ups and overly crowding mid shots.

There is a sense of purpose and camaraderie to war that transcends moral judgments or theoretical abstracts. They create often crushing dilemmas in those sent to fight. For some it was the best time of their lives, which is one of the brave notions this enthralling and troubling film advances.

The opening-night screening will have Army veterans Michael Cunningham and Adrian Duiane in attendance. 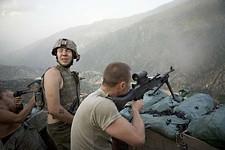 Restrepo
This documentary, which chronicles the 15-month deployment in Afghanistan of about a dozen U.S. soldiers, is an example of photojournalism at its finest. 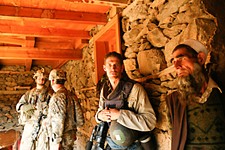 Which Way Is the Front Line From Here? The Life and Time of Tim Hetherington
...