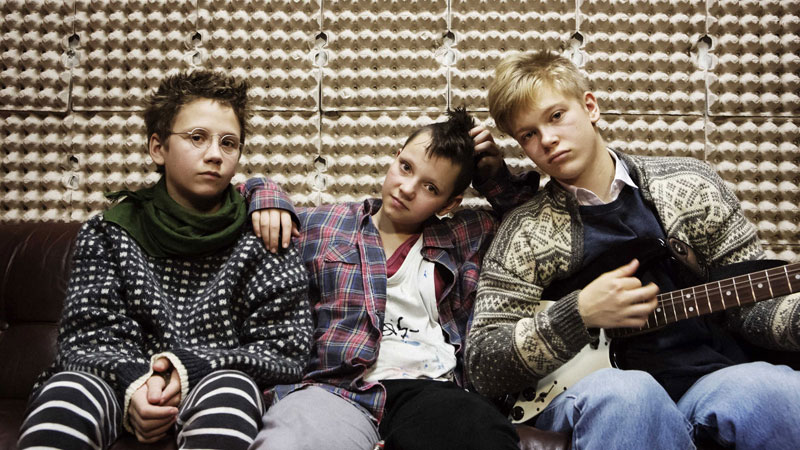 Not a lot of movies get made about what it’s like to be a 13-year-old girl, something We Are the Best! off-handedly acknowledges at its start – an overlapping din of adults prattling on about politics and divorce. The occasion is a 40-year-old’s birthday celebration, set at a Stockholm apartment overstuffed with adults drinking wine, dancing, and gossiping like teenagers. As the adult bodies shift, the camera sneaks a glimpse of a preteen, sulking on the couch: This is so not her scene. She is Bobo (Barkhammar), a proto-punk with Lennon spectacles and soft spikes. When some of the adults compliment her self-shorn hair, Bobo scowls even harder. There’s nothing punk rock about supportive grownups.

Bobo is a weirdo – meaning, a sensitive, cool kid – and she would be a loner, were it not for her best friend, Klara (Grosin), a charismatic alpha. It’s 1982. While some of their classmates are experimenting with (shudder) crimped hair and aerobics leotards, Bobo and Klara are fully in thrall to punk – the music and the aesthetic and the snarlingness – and it informs every aspect of their still-developing senses of identity. Written and directed by Lukas Moodysson (already alert to the female P.O.V. in films like Show Me Love and Lilya 4-Ever) and adapted from his wife Coco’s comic, We Are the Best! is both respectful and pragmatic about how these defining obsessions can mean everything and then nothing. (Case in point: Klara’s big brother, who first turned Bobo and Klara on to punk, has since moved on to Joy Division.) But for now, punk is their passion, and their armor.

Sweet-spirited and sometimes meandering but always working in the service of its young protagonists’ perspective, We Are the Best! might come off as slight if you aren’t paying attention, or you pay too much attention to the too-cute closing credits montage, which reframes the girls as low-grade hellions (think Zazi in the Metro). But anyone who’s ever been a 13-year-old girl will recognize the film’s subtle evocation of the power grabs, the pettiness, and the heartfelt pettingness of best friends who funnel all their hormonal confusion and ardor into each other when they’re still too young for romantic and/or sexual love.

Early in the film, Klara and Bobo happily goof around at a youth rec center, just giggling girls dipping their toes into political consciousness while building a model of a postnuclear meltdown. Then an older group of acned, meathead guys in a metal band show up and snark at their appearance. Klara and Bobo go silent, their playful mood soured. They didn’t invite the male gaze – and certainly not any comments about their perceived ugliness – but it happened anyway, in a rite of passage every girl will undergo. Moodysson doesn’t overdo the moment, just holds steadily on the quietly decimated duo, but the heart aches for them anyway. Turns out they can take care of themselves: The moment becomes the catalyst for Klara and Bobo to start their own band. (How punk rock is that?) Moodysson’s film, firmly fixed in its present tense, doesn’t push too hard or tease any future trajectories, but with characters this close you're apt to wonder at what kind of film might unfurl after the end credits. Will Bobo turn into a record collector? A cutter? A late ABBA convert? The possibilities are endless, and exhilarating.

Show Me Love
Days after seeing Show Me Love (in Swedish, with English subtitles), my maxillary muscles are still smarting from grinning so much at this almost unbearably ... 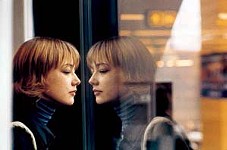