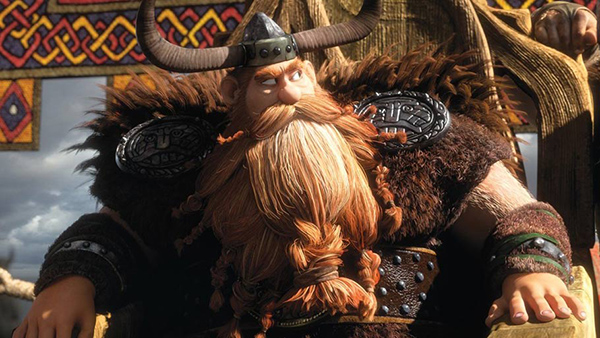 How to Train Your Dragon 2

Distinguished by its quick wit, scenic vistas, and an admirable championing of a loner-nerd hero, the first How to Train Your Dragon film was a startlement and a seduction. Sequels usually spell the blues, or the blahs, but this one defies expectations yet again. Cut to the chase: I laughed, I cried, I longed for a pet dragon to call my own.

The 3-D animation is gaspingly good at conveying the freewheeling joys of flight and, more down to the earth, a single tear wobbling down the cheek. The depth of field is remarkable, boasting a live-actionlike attention to background detail (cinematographer Roger Deakins was a visual consultant), and there’s real depth of emotion, too, further goosed by the soaring score of returning composer John Powell and collaborator Jónsi of Sigúr Ros. There are losses here that may be too sorrowful to bear for younger viewers, but if ever there were a pick-me-up, it’s the film’s deeply devoted bond between a boy and his dragon.

The sequel carries over the leads from the first film (and Cressida Cowell’s source book series), young Hiccup (voiced by the elastic, endearing Baruchel), a peacemonger stranded among a clan of spear-rattling Vikings, and his faithful dragon Toothless, who has a hurt wing to match Hiccup’s peg leg. Writer/director Dean DeBlois (Lilo & Stitch) knows he’s got a good thing going with their dynamic, so much so that he delays their entrance to instead engage in a zippy/silly opening set-piece that’s like Angry Birds crossed with Quidditch, complicated with airborne sheep. It’s fun enough, but the toe taps for Hiccup and Toothless. Whey they finally do show up, they don’t disappoint. Toothless is so vividly, viscerally animated, I worry a child will look askance at her own humble dog and peevishly wonder why Fluffernutter can’t fly, or at the very least breathe fire.

How to Train Your Dragon: The Hidden World
The dragon riders finally come in to land as the trilogy definitively ends

How to Train Your Dragon
Soaring animation should make this story about a Viking boy who befriends his enemy a perennial favorite.

How to Train Your Dragon 2, Dean DeBlois