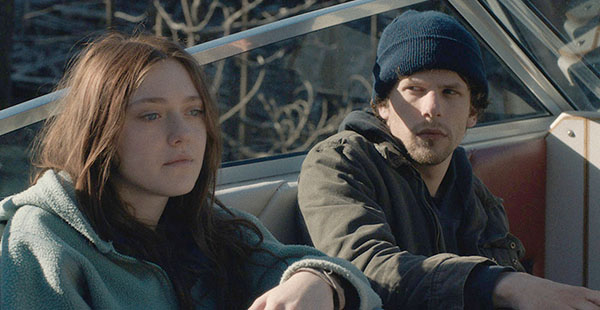 Kelly Reichardt is a distinctive filmmaker whose relationship with storytelling marches to its own beat. In fact, Reichardt allows human beats to breathe within her films, showing us human conduct and its ramifications without necessarily showing us the whys and wherefores. Her style is observational and her characters are almost outgrowths of the landscape. Settings and backdrops are intrinsic to the lives of her characters and stories. In River of Grass she depicts young lovers on the lam in the Everglades; Old Joy reunites two old friends for a journey into the wilderness and an exploration of masculinity and friendship; Michelle Williams stars as a lost, maybe psychologically damaged, young woman on a road trip with her dog in Wendy and Lucy; and Meek’s Cutoff tells the story of a lost wagon train heading West in the 1800s.

In Night Moves, which was written with her frequent writing partner Jonathan Raymond, the characters are no less taciturn, although following their actions reveals a bit more in the way of plot. Three radical environmentalists – Josh (Eisenberg), Dena (Fanning), and Harmon (Sarsgaard) – plot the explosion of a hydroelectric dam in Oregon, and much of the film resembles a tight-lipped procedural, detailing their preparations and gathering of materials. Josh lives and works on an organic community farm, while his brother Harmon lives alone and isolated in the woods. Dena lives and works at a women’s day spa, but has deep financial resources on which she draws to buy the motorboat that provides the movie’s title.

Just as one good deed may beget another, one bad deed can also have repercussions. Maybe there are good reasons for committing bad deeds, or a matter of smart people making dumb decisions. We’re not privy to these activists’ thought processes, although there is one scene in which the members of Josh’s cooperative discuss their ideas. Night Moves doesn’t give us much reason to like or empathize with its protagonists, but neither does it discount their activism. In this way, the film spurs contemplation. If it’s food for thought you’re looking for, you won’t go hungry with Night Moves. 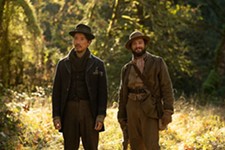 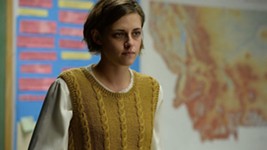