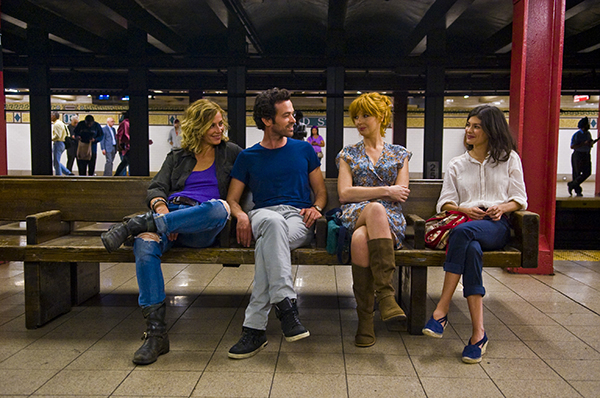 Chinese Puzzle is a charming, rambling, modern romantic comedy that is so sloppy it should be done in by its excesses, yet the large, excellent ensemble cast manages to make it all work. Forty-year-old writer Xavier (Duris) is drifting through his life in Paris. He’s married to Wendy (Kelly Reilly), a Brit. They have two young children, but he is also the sperm donor for a lesbian couple: his best friend Isabelle (De France) and her girlfriend Ju (Holt). Xavier’s marriage seems okay until his wife takes a temporary job in New York City, where she not only falls in love but decides to move.

Isabelle and Ju already live in New York, so it’s not a difficult decision for Xavier to follow Wendy there so he can be close to his children. In order to stay in the States, he takes a bride of convenience. There he is a writer, divorced father of two, surrogate father of one, and in an arranged marriage to satisfy the immigration authorities.

Then Martine (Tautou), an old girlfriend shows up, also with children in tow. Meanwhile, Isabelle gets into a hot fling with a younger woman. All the right chemicals are combined for a rich brew of modern screwball comedy as a variety of different romantic couplings are acted out.

The film tries to be broad, while reserving its right to some meaningful subtlety and trenchant commentary on modern relationships. At its heart, Chinese Puzzle is quite traditional, but all the various players are interesting and seemingly well-meaning – they’re more intoxicated by life than driven by unhealthy appetites. The loving interactions compound and multiply until there’s just one extended family that’s involved in any number of embarrassing and amusing complications. Evidently, the third in a series of films (with L’Auberge Espagnole and Russian Dolls), I know nothing about the earlier two. 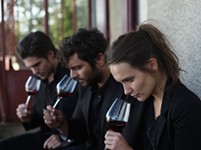 Back to Burgundy
French drama tries to find life lessons in the vineyard.