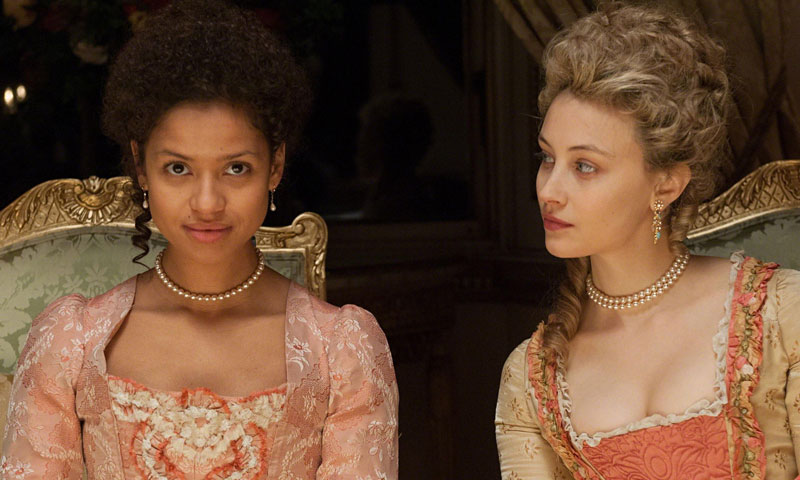 Any drama about a well-to-do young woman in the late 18th century almost certainly has to be about the problem of securing a suitable husband – how many other plots are available to female characters? – but Belle adds an intriguing dimension to the marriage plot, enriching the usual complications of class, finance, and romance with the issue of racial equality.

Inspired by a 1779 painting of two real-life cousins – one black, one white – Belle presents a fictionalized account of the coming-of-age and courtship of Dido Elizabeth Belle (Mbatha-Raw), the illegitimate, mixed-race daughter of a British naval officer and a former slave. At a young age, Belle is brought to England to be raised by her uncle, Lord Mansfield (Wilkinson), who treats her with love but also strict attention to “the rules” – that is, a balance between the privileges of Belle’s birthright and the perceived burden of her skin color in a country plumped up by slave-trade profits. Another wrinkle: All of England is awaiting the ruling of Mansfield – Lord Chief Justice of the King’s Bench – on the Zong appeal, an insurance claim case filed by a slave ship; his verdict will almost certainly have larger implications for the future of slavery in England.

The material is interesting, and the production values are top-notch. Anushia Nieradzik deserves special notice for her costume design; her luxurious dresses in deep shades of purple and magenta race the pulse more than anything particular in the plot or characterization. It’s all quite well done, if only a touch too decorous. 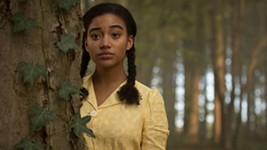 Where Hands Touch
Interracial romance against the rise of Nazi Germany 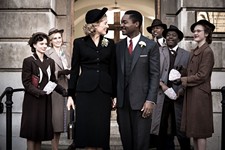 A United Kingdom
A film on love, race, and royalty