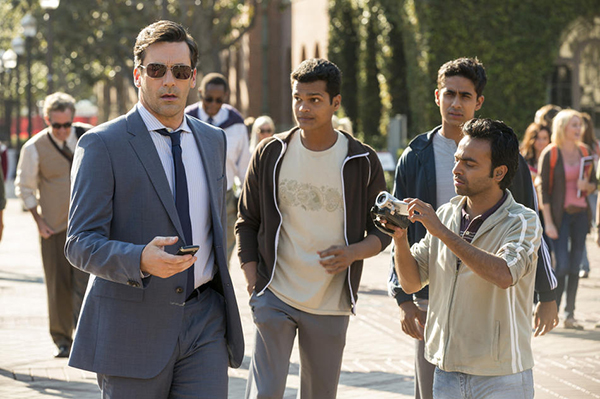 A sports agent, looking straight into the camera, makes a silky pitch to a prospective client: “You deserve to cash in.” We’re in familiar territory here – that sports agent, JB Bernstein, is played by Jon Hamm, who we’ve been watching seduce clients for years as a star ad man on Mad Men. But then Hamm exhales shakily, his flop sweat comes into focus, and we realize this was just a practice run, delivered to his partner Aash (Aasif Mandvi) at a boutique agency that’s about one bounced check away from shutting down. JB doesn’t land the account, but after a late-night beer binge spent toggling back and forth between a televised cricket match and Susan Boyle’s breakthrough on Britain’s Got Talent, he does alight on a creative solution: He’ll go to India, throw a contest to find a couple of promising cricket bowlers, and turn them into major-league pitchers.

Based on a true story, Bernstein’s scheme – called the Million Dollar Arm (if any of the contest entrants are signed to a team, they’ll receive a million-dollar bonus) – is a brilliant marketing strategy to tap one billion new baseball fans in India, but this is a Disney movie, so the messaging mostly sticks to the timeless triumph of the underdog. (Which isn’t to say studio execs aren’t gleefully anticipating one billion potential movie ticket buyers, too.) The India set-pieces are vibrantly shot (by Gyula Pados) and staged – after so much color and texture, the return to America is a real bummer – and the script by Tom McCarthy (The Station Agent) has an unhurried, unprogrammatic feel to it.

The filmmakers have cast their underdogs well: Madhur Mittal plays the anxious, upright Dinesh; Suraj Sharma is the loose-limbed, pizza-loving Rinku; and they’re both funny and endearing, two words that apply to the whole of the supporting cast. If only McCarthy and his director, Craig Gillespie (Lars and the Real Girl) had shifted the perspective exclusively to these young men. Instead, their arcs play out in service to another timeless trope: the redemption of a jerk. Hamm’s perma-scowl is exhausting, and his bemused look at every encounter with Dinesh and Rinku’s cultural practices is that of a fatally incurious human being. (If he weren’t such an a-hole, I wonder if his paternalistic habit of calling them “my boys” would chafe the same?) The overall film – undeniably crowd-pleasing and, yes, even a touch tear-jerking – isn’t as willfully myopic, but it is blind to its biggest asset. It’s a Cinderella story that wastes its energy on what makes the evil stepmother tick. 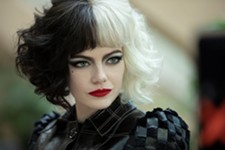